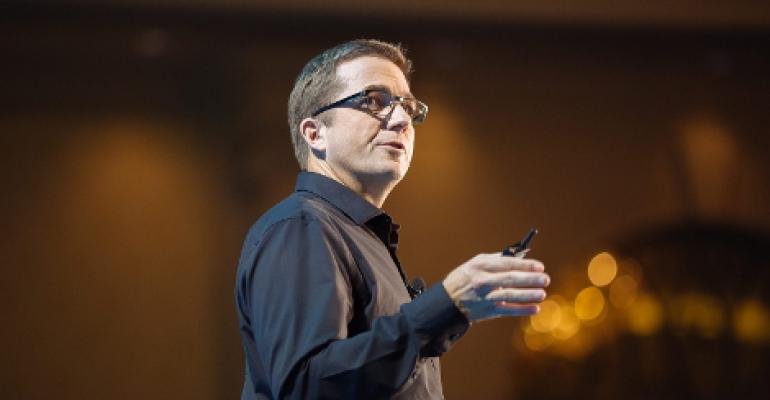 In the summer of 2011, when monsoon weather in Thailand caused massive floods that crippled manufacturing plants and caused a global shortage of hard drives (the world learned then that Thailand is where hard drives came from), Amazon’s infrastructure team was just starting to design its own data center hardware, such as servers and network switches.

The volume of hard drive components the company needed at the time was small enough to avoid having to go through any extreme pain to source them during the crisis. Had Amazon Web Services been producing its own hardware then at the rate it is producing it today, the situation would have been dire.

AWS is one of the world’s largest single-user data center operators. Like its peers and competitors – Google and Microsoft are the two primary examples – it designs its own hardware to make sure the feature set matches the needs of its software and to take advantage of cost reductions that come with sourcing hardware at massive scale. Becoming their own hardware suppliers means getting supply chain management down to a science to ensure they don’t run out of capacity in the face of rising demand.

Lessons the AWS infrastructure team learned in Thailand in 2011 and what they did after, based on that knowledge, turned into some of the most important processes it does today to ensure it can deliver the data center capacity the company’s exploding cloud business needs, Jerry Hunter, VP of infrastructure at AWS, said Wednesday while on stage at the annual AWS re:Invent conference in Las Vegas.

“Turns out it can be pretty hard to get the stuff that you need,” he said. And it wasn’t only about the hard disks. Components like the motors that spin the disks, for example, predominantly came from one supplier, whose plants were on the flood plain, they learned.

The disaster was a wake-up call for the team, which realized they had to gain a deep understanding of the component supply chain if they were to weather another incident of this scale.

Gaining that level of understanding wasn’t easy. When AWS asked local manufacturers to provide some insight into their operations, the manufacturers at first declined, and it took a lot of relationship-building to get access to the necessary knowledge, Hunter said. “We still have great relationships with those vendors today.”

The team also spent time learning about the processes used by their counterparts on the retail side of Amazon, in its Fulfillment Centers, which are famous for being able to deliver packages quickly, and used that knowledge to improve its data center hardware supply chain, turning it “from a potential liability into strategic advantage,” he said.