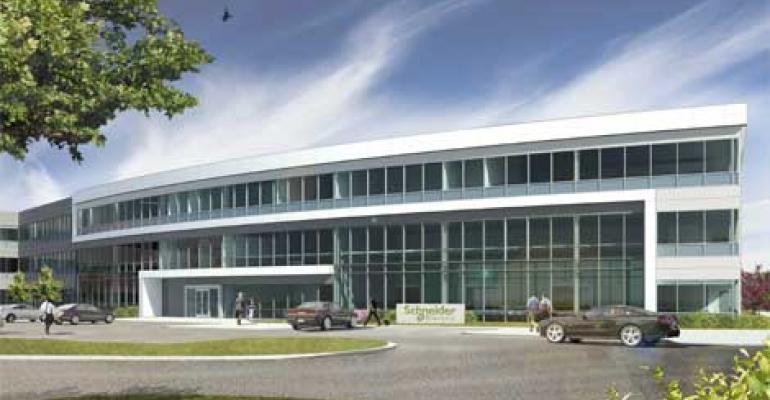 The version hosted in the cloud and billed for on a pay-as-you-go basis will be part of the next release of the DCIM software, release 8.0, expected early next year, Domenic Alcaro, Schneider’s VP of mission critical services and software, said in an interview on the sidelines of the Data Center World conference here this week. Today, the software can be deployed on premises only.

DCIM software delivered via cloud is rare in the market. One of the vendors that has a SaaS DCIM offering is Nlyte. Australian data center provider NextDC provides DCIM as a cloud service to its colocation customers. Broadly, however, it is a category of software products that has not made a big push into the cloud.

That Schneider, one of the leading vendors in the comparatively small DCIM software market, is working on a SaaS version of StruxureWare may be a sign that DCIM is starting to mature as a category. In Alcaro’s opinion, the technology has recently risen out of the “Trough of Disillusionment” phase of Gartner’s Hype Cycle for emerging technologies.

The market research firm defines five stages all new technologies generally go through: Technology Trigger, Peak of Inflated Expectations, Trough of Disillusionment, Slope of Enlightenment, and Plateau of Productivity. Alcaro thinks DCIM is now exiting the trough and starting its way up the slope.

As it enters this new phase, some things about DCIM software have become clearer, and the biggest of them all is that DCIM is not something a data center operator can implement simply, without paying for services. It’s less like Microsoft Office, where you buy the package, install it, and get to work, Alcaro said; it’s more like an enterprise software product by Oracle or SAP, where implementation is a big job in itself.

People “don’t blink an eye” when they hire an SAP or Oracle implementation team, he said, yet a lot of the recent disillusionment with DCIM can be attributed to complexity of implementation.

Companies need to allocate resources for proper DCIM implementation and be prepared to change processes and dedicate staff to it, he said.

One of Schneider’s DCIM software clients, a company with a global data center infrastructure, has allocated several million dollars in internal resources for DCIM implementation, Alcaro said, and that’s a good thing, because it’s a sign that the customer is realistic about what it will take while recognizing the product’s value. That several million dollars excludes any software licenses, maintenance costs, or any vendor services the company, whose name he declined to disclose citing confidentiality agreements with the client, is going to incur.

The implementation is so complex because of deep integration with existing systems it requires. Integrating with Building Management Systems and IT Service Management Systems requires professional services, whether the DCIM software is hosted on-prem or in the cloud. Without those integrations, you simply will not get the full benefits of DCIM, regardless of how advanced the analytics engine is, Alcaro said.

Along with the costs of implementation, the value of DCIM has also become clearer. “The ROI is there,” he said. “That’s the good news.” It brings operational savings from energy efficiency and labor and capital savings from reclaimed data center capacity and improved downtime avoidance. If you use your existing infrastructure more efficiently, you need less of it.

It also presents a revenue-generation opportunity for colocation providers. Another new feature in release 8.0 of StruxureWare for Data Centers will be the ability for colos to provide customers with a portal for visibility into their data center environment.

Note: AFCOM, the company behind Data Center World, is a sister company to Data Center Knowledge.