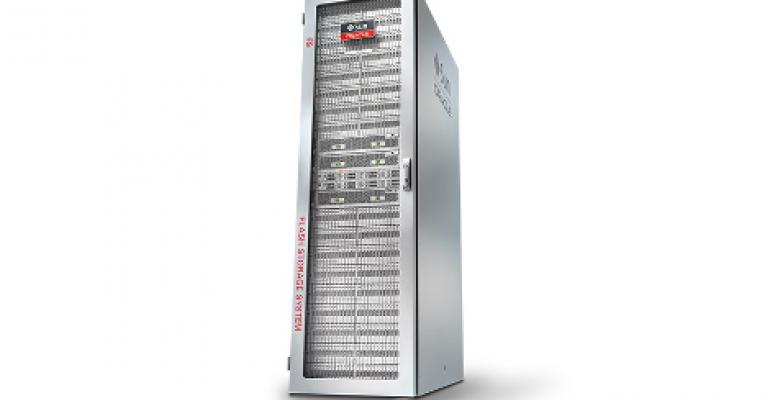 Designed for concurrent mixed workloads Oracle says the new system will scale as high as 64 all-flash domains for highly-secure data isolation in multitenant cloud environments, and I/O prioritization based on business value. With a focus on high IOPS and throughput Oracle says the FS1-2 can scale to 912TB of flash, and up to 2.8PB of combined flash and disk. The company also lays claim to a sub-30 minute pallet to power on setup time.

While defending its storage portfolio Oracle drives home the performance benefits of co-engineering hardware and software compared to others, fixating specifically on EMC. In tests it performed for customers, Oracle says it demonstrated sub-one millisecond latency when running simultaneous workloads across small to large block sizes with up to 8x faster IOPS and 9.7x faster write throughput than EMC XtremIO.

IDC Storage research director Eric Burgener defines the new offering in the category of true All Flash Arrays(AFAs) and says that "AFAs feature unique designs that are specifically optimized for flash media, delivering more consistent performance across their entire throughput range than Hybrid Flash Arrays, and making them the storage platform of choice for application environments that demand the highest levels of performance."