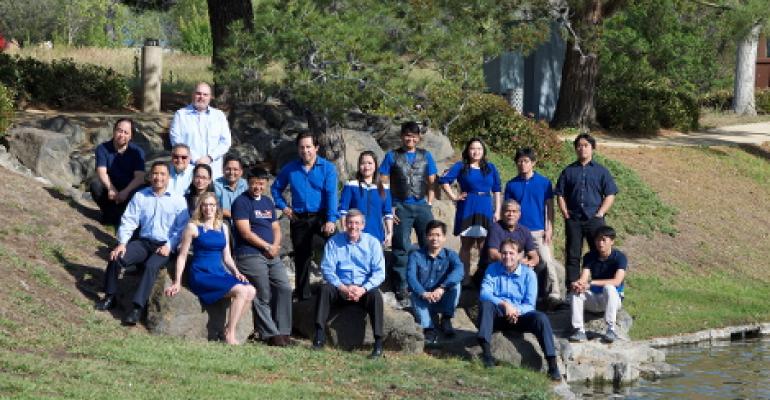 BitMicro&#8217;s US team. The company also has offices in Philippines and India. (Photo: BitMicro)
Blades

Hooks up to 8TB of SSD storage into single PCIe slot

Looking to drive more adoption of server Flash as primary storage, BitMicro Networks at this week's Flash Memory Summit unveiled solid-state drives designed to plug into a PCIe bus that can be configured with up to 8TB of storage.

Based on a Talino ASIC processors that offload much of the management overhead associated with server Flash storage capacity, MAXio Z-Series PCIe SSDs are intended to help IT organizations dramatically shrink the size of their data centers, Zophar Sante, VP of marketing for BitMicro, said

“We only need eight nodes to provide the current equivalent of performance that would today require 64 servers,” said Sante. “We can reduce two whole racks down into a quarter rack of space.”

Sante added that the company's ASICs reduce the overhead tax on servers for managing SSDs from about 12 percent on average down to one percent. The Talino architecture also does not require any on-board fans, with SSDs in the Z-Series generating as little as 50 watts, which equates to less than six watts per terabyte.

The driving factor for being able to reduce the size of storage footprint in the data center is the use of a split controller architecture that enables BitMicro to maintain high throughput speeds across as much as 8TB of Flash storage using a single PCIe slot.

Sante conceded that there is fairly intense battle between server and storage administrators concerning where SSDs should be deployed. While deploying SSDs in servers reduces the size of the data center footprint, it’s easier for more applications to invoke SSDs when they are configured in a storage array. For that very reason BitMicro offers SSDs that plug both into servers and in a Storage Area Network. The degree to which IT organizations will opt for one or the other will depend on how finite the application portfolio trying to access Flash storage actually is inside that organization.

Another factor, of course, is to what degree IT organizations are going to want to be dependent on any single point of failure in the event of any component failure as the amount of data residing on any of those elements at any given time continues to rise.