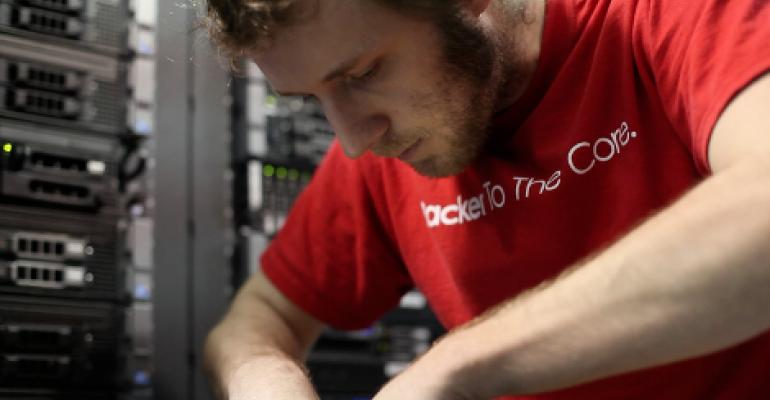 Rackspace is building a managed services product for Amazon Web Services, its rival in the public cloud market where Rackspace has struggled to grow.

The Windcrest, Texas-based company’s CEO Taylor Rhodes said he expected to roll out managed AWS services later this year during his remarks on the company’s second-quarter earnings call Tuesday. Rhodes also said that Rackspace’s earlier expectations of a rebound in its public cloud business in Q2 did not materialize, and “growth remained slow throughout the quarter.”

There were earlier reports that cited anonymous sources who said the company was working on an AWS offering, but Rackspace hadn't officially confirmed the plans until Tuesday.

The company, which has a substantial data center fleet across the US and a sizable footprint in Europe, has invested a lot in its public Infrastructure-as-a-Service offerings. Having been one of the original creators of OpenStack, Rackspace based its public cloud infrastructure on the open source cloud software. It has also designed its own servers to support both cloud VM and bare-metal cloud infrastructure services, building on Open Compute server specs.

But competing with AWS and its rivals Microsoft Azure and Google Cloud Platform is difficult without the global scale and deep pockets of the internet giants, who have been continuously slashing prices of their cloud services as they battle for IaaS market share.

In response, Rackspace has pivoted to focus more on managed cloud services, leveraging its extensive services organization called Fanatical Support. The pitch, put simplistically, is while you can easily buy cloud services from the giants online, it takes a lot of expertise to set up a proper cloud infrastructure for an enterprise, and Rackspace has the expertise to do just that.

The company already provides managed services for Azure, including support, management, and monitoring. It offers managed services around VMware-based private clouds. It doesn’t stop at the basic infrastructure level, providing services for cloud software solutions, including Microsoft’s Office 365 and SharePoint, Google Apps for Work, and Skype for Business. Adding managed AWS services to the lineup will serve to expand this part of the business substantially.

Its focus on managed cloud has earned Rackspace the leading spot on Gartner’s Magic Quadrant for cloud-enabled managed hosting in North America and one of the leading spots on the European quadrant. Its main challengers in North America include Datapipe, CenturyLink, IBM, and Verizon. Verizon and CenturyLink are also its main competitors in Europe, in addition to Interoute, BT, Claranet, and Colt.

There were also several key strategic developments during the quarter. Rackspace started providing Fanatical Support for both Azure and Office 365 during the quarter. It also announced a big partnership with Intel around OpenStack to develop the open source cloud technology further and to promote its adoption by enterprises.