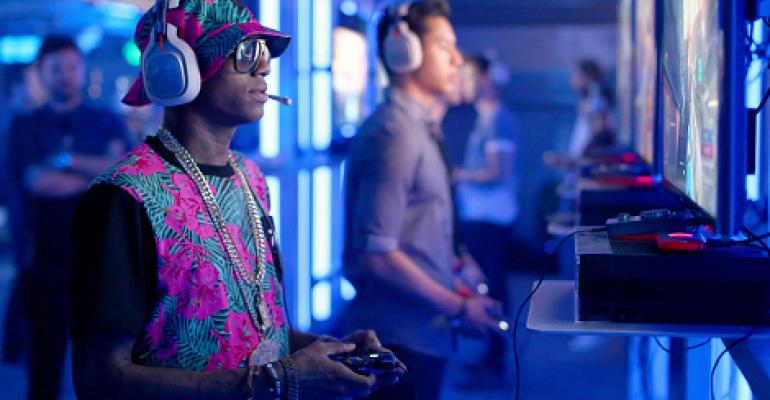 Rapper Soulja Boy plays Halo 5 during the Xbox One E3 Showcase Party at The Majestic Downtown in June 2015 in Los Angeles. (Photo by Mark Davis/Getty Images for Microsoft)
Shared

An upcoming Xbox One game is breaking the limits of onboard hardware by passing it off to cloud servers. Crackdown 3, due for release in 2016, employs Cloudgine middleware and Microsoft Azure to handle compute-intensive game components such as physics and Artificial Intelligence that are crucial to the gaming experience.

Among the most talked-about features of Crackdown 3 is that everything is subject to physics modeling and can be destroyed. For instance, buildings can topple into one another.

Dave Jones, Crackdown 3 creative director and Reagent Games founder, told Ars Technica that on-screen destruction draws server resources needed to compute it. “You can see that the debris falling to the ground is taking up the equivalent of an extra Xbox One worth of power,” he said. “The console takes that extra power from the server when it needs it…We’re doing a lot of destruction for destruction’s sake here, but this is a tremendous technology test bed, which opens up a lot of new areas of multiplayer gaming and makes games much more physical.”

In Jones’ multiplayer demonstration ofCrackdown 3, he was able to bolster compute up to nine times the power of a single Xbox One, and the team has been able to increase this to around 13 times.

This isn’t the first time Xbox One gameshave looked to the cloud to augment their computation capabilities. Xbox One shooterTitanfall used Azure to drive its AI, and Formula 1 racing game Forza 5 used it to develop a sophisticated model of a player’s driving characteristics that’s used to create a realistic AI driver that can be raced against.

However, leveraging the parallel computing capabilities of cloud computing could be the next stage in providing richer gaming experiences that would never be possible on a standalone system.

This first ran at http://www.thewhir.com/web-hosting-news/crackdown-3-uses-cloud-to-compute-massive-amounts-of-destruction