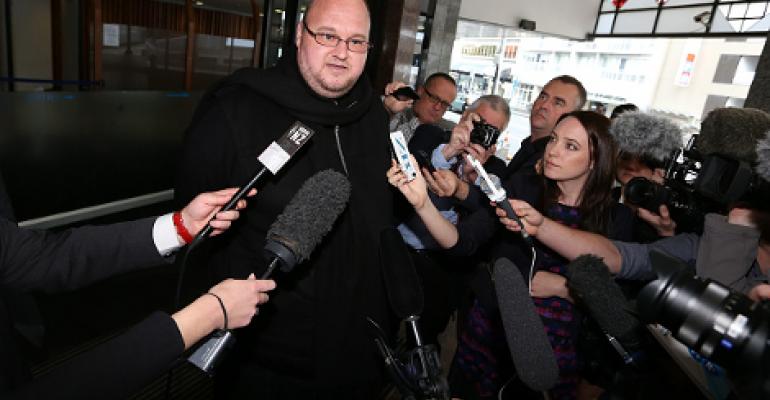 Kim Dotcom said in an interview on Slashdot that he is no longer involved with Mega, the cloud storage service he founded in 2013. He said he doesn’t own any shares of Mega, and that users shouldn’t trust Mega to host sensitive files anymore.

Dotcom had become notorious through his file hosting service Megaupload which theUS Department of Justice shut down by seizing its domain names in 2012 in an effort to stop copyright infringement. A year later, while still awaiting trial, he founded Mega which he saw as a way to provide a truly private cloud service.

In an interview on Slashdot last week, Dotcom explains that he’s broken all ties to Mega, which he doesn’t think meets up with the original privacy goals he had for the service.

“I’m not involved in Mega anymore,” he wrote. “Neither in a managing nor in a shareholder capacity. The company has suffered from a hostile takeover by a Chinese investor who is wanted in China for fraud. He used a number of straw-men and businesses to accumulate more and more Mega shares. Recently his shares have been seized by the NZ government. Which means the NZ government is in control. In addition Hollywood has seized all the Megashares in the family trust that was setup for my children. As a result of this and a number of other confidential issues I don’t trust Mega anymore. I don’t think your data is safe on Mega anymore.”

He notes that when his non-compete clause runs out at the end of 2015, he “will create a Mega competitor that is completely open source and non-profit, similar to the Wikipedia model. I want to give everyone free, unlimited and encrypted cloud storage with the help of donations from the community to keep things going.”

Dotcom’s still faces significant legal challenges. Dotcom has avoided facing charges for years with his lawyers continuing to successfully postpone his extradition from New Zealand to the US.

According to the DoJ, Megaupload and other related sites had generated more than $175 million in illegal revenue, and caused more than $500 million in harm to copyright owners as of November 2013.

Dotcom said he and others are victims of “copyright extremism” that he said is “hurting technology companies and the Internet as a whole.” He said the current state of the copyright industry essentially censors the Internet and stifles innovation, and that it needs to evolve to ensure content creators are compensated for their work and investments. Otherwise, technologies will come along that challenge these antiquated notions of copyright.

While copyright is what got him into trouble, Dotcom’s passion seems to be around creating services that promote privacy.

Dotcom is optimistic that encryption will become a more widespread technology that helps provide online privacy in the wake of Edward Snowden’s revelations of widespread government surveillance.

“The booming encryption market has been created by the actions of the US government,” he wrote. “Businesses that offer verifiably safe encryption will outperform those that don’t. Now that the people are aware of what’s going on they will demand more privacy options from the services and products they purchase. Governments will struggle to stop or control encryption and technology will prevail. That is good for all of us. But it’s sad that technology has to safeguard our human rights because our governments failed to do so.”

This first ran at http://www.thewhir.com/web-hosting-news/kim-dotcom-severs-ties-to-mega-plans-to-build-new-secure-cloud-storage-service