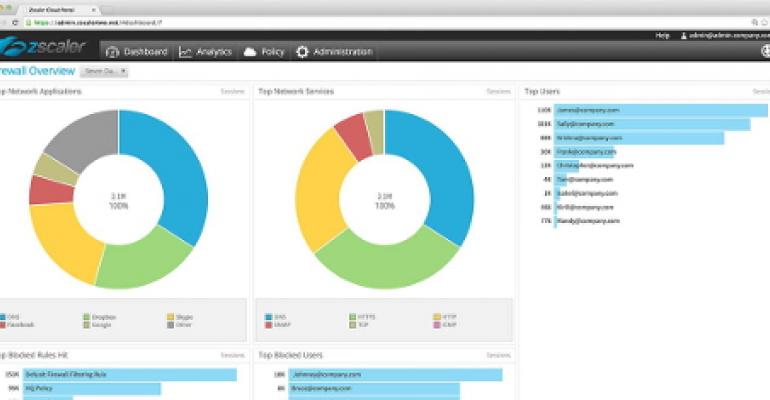 Wants to replace what it says are arcane physical security appliances

Internet security firm Zscaler announced it has raised $100 million to step up global expansion and sales efforts for its platform. The funding round was led by late-stage investor TPG, with existing investors EMC and Lightspeed Ventures contributing. With a total amount raised now at $138, million the company places its valuation at over $1 billion, as it prepares for a potential IPO.

The seven-year-old Silicon Valley firm provides real-time insights into security issues through a multi-tenant, distributed cloud service, with claims of protecting over 13 million users across 5,000 global companies and government organizations. Numerous well-known companies are listed as customers, and the company has been recognized as a leader in Gartner's Magic Quadrant for Secure Web Gateways and the Forrester Research Forrester Wave for SaaS Web Content Security.

Zscaler founder and CEO Jay Chaudhry describes its Security-as-a-Service platform as a disruptor in the field, where old appliance-based gateways are no longer effective, saying the startup's cloud approach will better service a mobile and cloud-first world.

ZscalerRecently released a cloud-based firewall and said it continued to have record bookings, revenue, and renewals. The company cited a third-quarter win with a multi-million subscription by one of the world's largest banks.

"We see tremendous opportunity in the rapidly-growing cybersecurity industry, and after spending significant time in the space, we found Zscaler to be the leading cloud-based security solution for the world’s largest and most demanding customers—a true SaaS platform like that of Salesforce or Workday," Nehal Raj, partner at TPG, said in a statement.