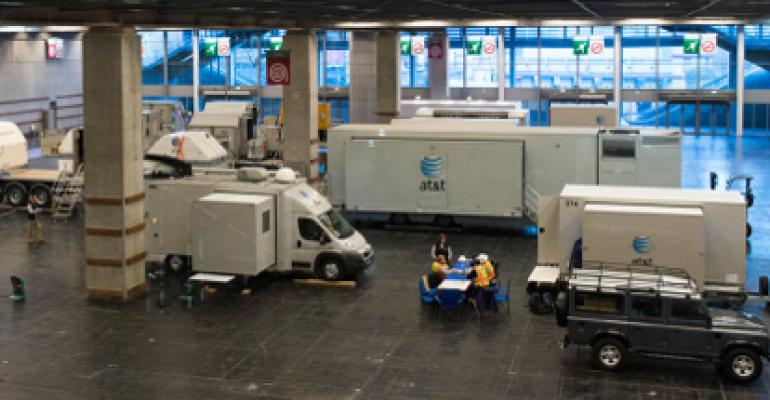 Software Defined Networking and Network Function Virtualization are converging, and the OpenDaylight community looks to define the standards behind the movement

OpenDaylight, a community-led initiative around Software Defined Networking and Network Functions Virtualization, has a few new heavy-hitters as members. AT&T, ClearPath Networks, and Nokia Networks have all joined.

The goal of OpenDaylight is to develop an open and common SDN and NFV platform. SDN allows carving out networks via software and NFV is for the creation of network functions in software rather than individual hardware appliances.

In order to carve out these virtual boundaries and functions, everything needs to be able to communicate in a standard, universal fashion. Vendors don’t often agree with one another, so open source is the meeting ground, with projects like OpenDaylight neutral territory for vendors to meet up. OpenFlow, managed by the Open Networking Foundation, is a competing standard.

AT&T has used OpenDaylight since its first release and is incorporating it into production for its Network on Demand capabilities. AT&T configures devices in its software-based network using a tool built on a data modeling language called Yang. The company is submitting its customized Yang Design Studio Tool to OpenDaylight.

Membership benefits AT&T by enabling developers to create services that fit into AT&T software-defined framework and any Yang-driven implementation.

“Open source will speed up our innovation, lower costs, and help us virtualize 75 percent of our network by 2020,” said John Donovan, senior executive VP of AT&T Technology and Operations. “Collaborating with and contributing to the open source community is crucial to drive this software shift at AT&T and in the industry."

"The future of networks is in distributed architecture and cloud platforms that enable full use of NFV and SDN,"said Henri Tervonen, VP of Mobile Broadband Architecture at Nokia, in a press release. "We are excited to shape the future together with the OpenDaylight community, which gives us further opportunities to drive the industry towards openness and collaboration.”

The latest OpenDaylight release, Lithium, came out in June. Brocade CEO Lloyd Carney recently discussed with Data Center Knowledge the impact of SDN on the market.