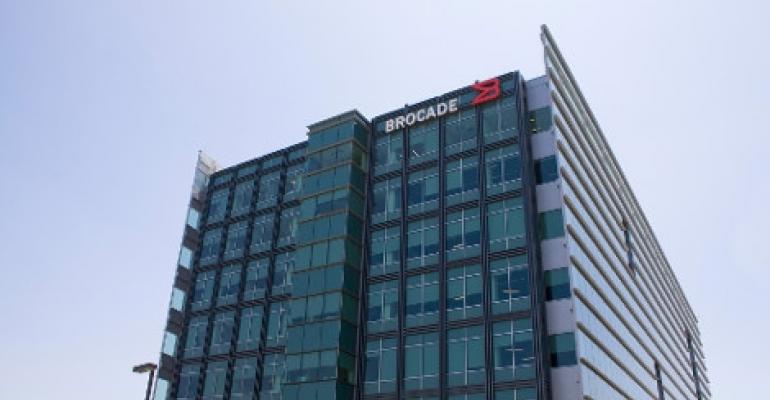 The days of having x86 servers by Intel or AMD running business apps on one side of the data center and specialized network chips by Cisco, Juniper, or Brocade running networking apps on the other are numbered. That’s according to Brocade CEO Lloyd Carney, who believes x86 servers will replace most if not all specialized networking hardware in data centers of the future.

Software-defined networking and network function virtualization, in combination with constant advances in capabilities of the x86 server architecture, are changing everything about data center networking technology and economics, and in Carney’s opinion it’s only a matter of time before most of the world’s data center operators delegate the majority of network functions to x86 servers.

That’s the data center architecture of the future, Carney says, because of the performance and price-point gains Intel, followed by AMD, continue to churn out and because of the focus the chipmakers now have on packet forwarding. “Two years ago we did 1 Gig packet forwarding in an Intel pizza box; two years later we’re doing 10 Gig packet forwarding in an Intel pizza box, using the same software by the way. Intel just turned the crank on the architecture, and the same software gave you an extra 10X of performance.”

Bigger Piece of a Smaller Pie

So, what does that mean for Brocade? His forecast is that the overall size of the data center networking market will shrink, while Brocade’s share of that market will increase. The Silicon Valley company has been investing in all things networking software, and Carney sees the imminent sunset of dedicated networking hardware as a big opportunity for Brocade, whose current data center market share is fairly small in comparison to Cisco’s and other incumbents’, such as HP, Juniper, Arista, and Huawei’s.

For the sake of comparison, Brocade’s 2014 revenue was about $2.2 billion, while Cisco reported more than $47 billion in revenue in fiscal 2014. But, as dedicated hardware that traditionally handled network functions gets replaced by software, the incumbent vendors’ hardware revenue will shrink. Those are functions like routing, application delivery controllers, or load balancing.

The incumbents have not been ignoring this trend, but unlike the incumbents, Brocade doesn’t have a massive data center hardware business to protect. “We don’t sell hardware components that compete in that space,” Carney said. “We’re displacing others. It’s always tough for the incumbent to pull the trigger on displacing themselves; for us, it’s a green field.”

The company’s SDN play revolves to a great extent around an SDN controller technology it gained with its acquisition of a startup called Vyatta in 2012. The Vyatta controller, which is now called the Brocade SDN Controller, is based on OpenDaylight, an open source SDN technology and a Linux Foundation project the networking company is deeply invested in. Brocade also supports OpenFlow, a popular open SDN protocol.

Growing revenue in the data center Ethernet switch market, virtual or physical, is important to Brocade long-term. While it’s been in the Ethernet switch space for years, it’s known primarily for its enormous presence in the Fibre Channel storage networking market, which is showing signs of slowly drying up. It is still a $1 billion-plus market, but it’s starting to flat-line, Rohit Mehra, a VP at IDC Research covering enterprise and data center network infrastructure, says. The Fibre Channel market will be there for a while, but most of the growth is going to be in the IP and Ethernet networking space.

“They need to be playing the game from both angles,” Mehra says about Brocade. “They need to understand that the growth is going to be on the Ethernet side and continue to position their wins appropriately. Because they have had success in the sectors that are not Fibre Channel.”

How Much is Too Open?

Among those wins in the data center space is Brocade’s network fabric technology. Analysts and customers have cited automation and ease of use as its strengths. According to Carney, the company has its heritage in storage networking to thank for that. “We kind of cut our teeth in fabrics on the storage side of the house,” he says.

Data center operators don’t need to do a lot of manual configuration work when scaling their infrastructure using the fabric. “You plug the boxes in; they auto-learn,” Carney says. The fabric knows what should connect to what and load-balances automatically. “In the old IP world, that’s a whole lot of spanning-tree entries.”

All key vendors claim to have good automation tools, Mehra says. But there’s still a lot of work to be done, especially in the area of interoperability between disparate tools. “We have to find ways to have common automation tools, as opposed to entire suite being completely proprietary,” he says.

As vendors like Brocade collaborate on standards like OpenDaylight and OpenFlow, they have to find a balance between standardization and automation. It’s easier to automate one company’s proprietary stack. But customers generally don’t like locking themselves into a single vendor’s technology, and automation across multiple companies’ products is a lot more complicated. But if vendors agree on a common set of automation tools, how does a company like Brocade differentiate? Finding that balance will be key as the data center networking market moves forward.