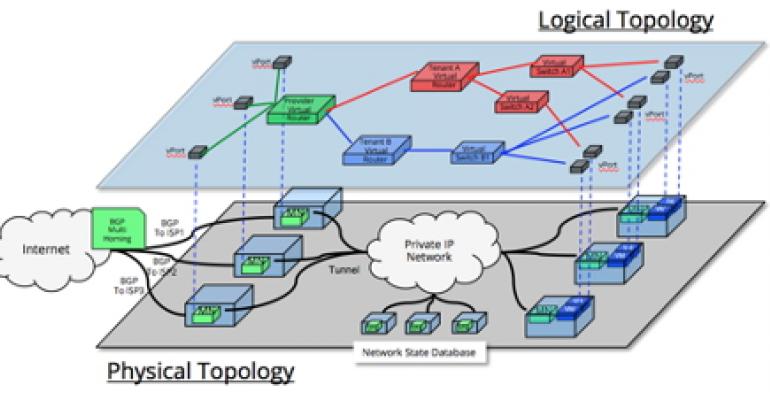 Says MidoNet will be core part of private cloud platform

OpenStack is gaining in popularity, but several components of the open source cloud infrastructure software family still leave room for improvement. OpenStack networking is one.

As part of a larger push into the private cloud realm, Fujitsu announced today it will make network virtualization software from Midokura an element of its OpenStack-based private cloud platform.

Neutron, the open source project for the OpenStack networking layer, lets organizations make use of different backends called "plugins" that may be distributed as part of the main Neutron release, or deployed separately. One of the default networking plugin is Open vSwitch (OVS). Fujitsu is using Midokura Enteprise MidoNet (MEM) network virtualization software that scales better in place of OVS. The latest version of MEM also provides support for flow tracing of virtual ports; enhanced Border Gateway Protocol Configuration session views; along with support for Puppet and Docker containers.

Ashish Mukharji, director of business development for Midokura, said this Fujitsu annnouncment builds on an existing alliance between the two companies. Fujitsu, for example, is among the leading contributors to the open source MidoNet project on which MEM is based.

As one of the many providers of technologies that can plug into OpenStack, Midokura has been making a case for MEM and MidoNet network virtualization software that can scale across thousands of virtual ports.

Mukharji said Midokura is also making a concerted effort to reach out to both OEM partners, such as Fujitsu, and systems integrators to increase support for usage of both MEM and MidoNet in cloud computing deployments.

“We’re working with about 25 partners,” said Mukharji. “We’re seeing strong demand on the private cloud side.”

In general, OpenStack is not an all-or-nothing proposition. IT organizations can choose to implement any subset of the software family. They can also opt to download the raw bits themselves or make use of an OpenStack distribution through which upgrades and extensions are curated and validated by a third party.

Most of the existing deployments of OpenStack have been executed by IT organizations with extensive engineering resources. But as OpenStack technologies become more mature the platform itself becomes more assessable to the average IT team. That in turn is creating a significant challenge for vendors like VMware and Microsoft, who provide similar IT management capabilities using primarily proprietary software.

The degree to which OpenStack will usurp or coexist with Microsoft and VMware technologies remains to be seen. No doubt many of them are keeping track of OpenStack developments, including launching pilot projects to gain some familiarity with the framework. After all, the price of open software is too hard to ignore, unless, of course, implementing and managing it proves to be more trouble than its worth.

Correction: A previous version of this article incorrectly said Fujitsu would replace Neutron in its OpenStack cloud solution with Midokura's software. The vendor is in fact replacing only the Open vSwitch plugin in Neutron, and the article has been corrected accordingly. DCK regrets the error.