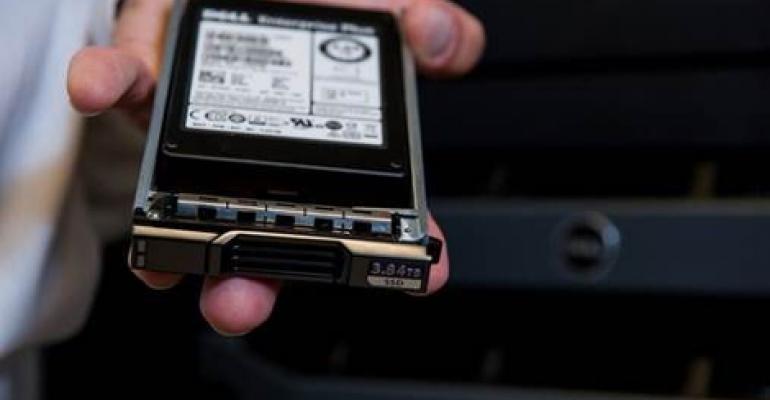 Claiming to be the first data center storage array provider to feature the latest technology in enterprise flash drives, Dell said the new SSDs offer up to 24 times performance improvement over 15,000-RPM hard drives for the same price.

Cost has been the largest impediment to data center SSD adoption, and combining the low price of this solution with a doubling of density in storage capacity make it an alluring option. The Dell Storage SC Arrays will combine its virtualized storage array architecture with Samsung's Triple Level Cell (TLC) 3D NAND technology in both flash-optimized arrays and all-flash and hybrid flash configurations.

Using the Dell approach to multiple-tier architectures in its arrays the read-intensive TLC flash is protected from heavy writes and can thus last longer than drives in other tiers. With a Dell support plan, the company said it will guarantee all SSD formats for life.

Individual drives are available up to 3.8TB. Storage SC8000, SC4020, and SCv2000 series will scale up to 90TB in 2U of rack space. Dell noted that its SC8000 arrays can support 62 percent more flash for a total of up to 3 petabytes of raw flash capacity in a single array.