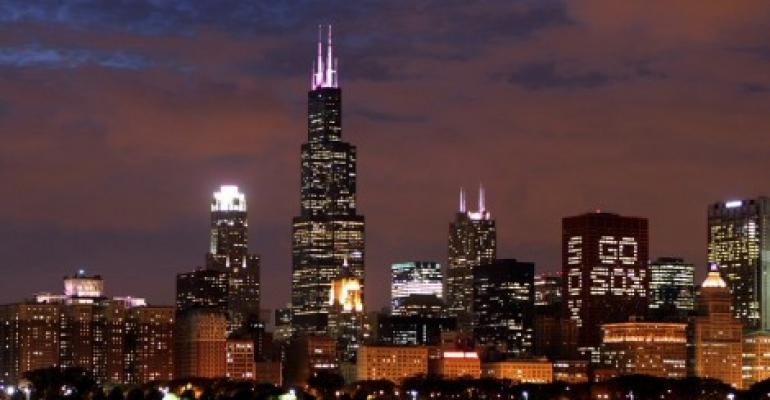 What Chicago's New 'Cloud Tax' May Mean for Service Providers

Chicago recently instituted a “cloud tax” in order to capture some of the missed revenue from the shift away from brick-and-mortar stores and toward a digital, subscription-based economy.

The recent ruling from Chicago’s Department of Finance modifies existing tax laws around amusement, translating the tax to the digital world. It means the 9-percent amusement tax now applies to services like Netflix streaming. While it’s creation seems tailored specifically to subscription entertainment services like Netflix, it may also apply to cloud-service providers, from infrastructure to cloud apps.

451 Research senior analyst Liam Eagle said the language specifically mentions Infrastructure-as-a-Service as being subject to tax. This would mean cloud providers like Amazon Web Services would have to find means of collecting tax on services purchased by users in Chicago. Just how this cloud tax will translate to the IaaS world is unknown.

“It raises the question of whether the law applies across other forms of infrastructure hosting services and which ones,” said Eagle. “I find it unlikely that the Chicago Department of Finance has an extremely nuanced view of the various types of internet infrastructure services. There are many examples of lawmakers trying to create legislation around, or apply existing legislation to technologies they don’t fully understand. But it’s probably safe to assume they intend it to apply across all types."

If a Chicago startup offers a streaming music service hosted on AWS, there's potential to be taxed twice -- as a user and as a provider.

Cloud providers in Chicago are keeping an eye on things. A Cogeco VP said that while he can see where the city is coming from, there's a lot to be desired in terms of execution.

"I certainly can understand where Chicago and other municipalities are struggling with the decline in sales tax, as online disruptors attract consumers away from brick-and-mortar businesses, but to tax the consumer of cloud services is a reactive measure and puts the consumer in the place to make up for the lack of planning from the city," said Toby Owen, VP of product management for Cogeco and Peer 1 Hosting.

Owens compared the cloud tax to the reaction of licensed cab drivers when Uber launches in a city. "They are used to the old way, failed to plan for a disruptive technology and changing consumer demand, and just (literally) park their taxis in the street in protest," he said, citing a recent protest involving thousands of cabbies blocking traffic for hours in central London in protest.

"Protesting and trying to punish the consumer with a tax is no different than the taxi driver’s tantrum of parking in the street and causing huge congestion," said Owen. "Just because you missed the boat doesn’t mean you should punish those who didn’t."

The shift to cloud, from capital expenditure to operational expenditure, mirrors a wholesale shift in how commerce operates. Instead of driving to a Blockbuster and renting a movie, you're now more likely to pay a monthly fee for a streaming video library. The way we do things has changed, but the way taxing occurs hasn’t. Chicago is attempting to recuperate losses felt from the shift, but that might inadvertently damage businesses, including data center service providers.

"It is going to make certain data center locations more desirable than others when it comes to e-commerce," said Philbert Shih, managing director at Structure Research.

The tax issue is going to increasingly come on the radar as governments look to recover the dwindling tax revenue from brick-and-mortar businesses, he said. Shih also noted a particular implementation problem in defining what qualifies.

"The impact on infrastructure service providers starts with how regional and local governments are going to pinpoint residency," he said. "Is the tax applicable when a server is hosted in a given jurisdiction or is it where the customer logs in from? Or is the residency of the consumer the determining factor? Providers hosting retail sites are going to have to be knowledgeable about these issues when helping online retailers set up their web presence."

"That means that the tax revenues collected by these service providers are going somewhere," he said. "The smart cities who saw this trend and have been successful in wooing large tech and cloud providers to set up shop in their cities are reaping the benefits."

"Don’t tax the consumer; support them through partnering with cloud providers to choose your city as an operations base," said Owen.

Netflix publicly confirmed it will build the cloud tax into subscription costs for users in Chicago.