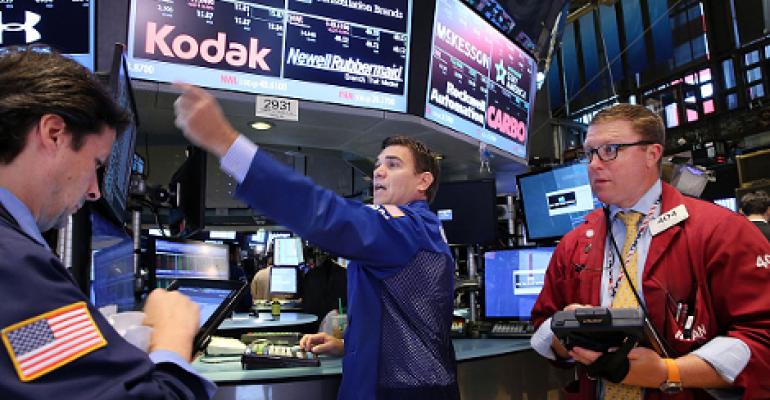 Traders work on the floor of the New York Stock Exchange (NYSE) in July 2015. (Photo by Spencer Platt/Getty Images)
Manage>Uptime

Exchange operator quiet on cause of outage, but rules out cyber attack

The article has been updated with the time trading resumed.

A second update identified the cause of the outage as a "configuration issue."

A third update added information about a software update that created the configuration issue.

Operators of the New York Stock Exchange have identified the culprit in the trading venue's 3.5-hour outage Wednesday, blaming the incident on a "configuration issue."

"The New York Stock Exchange and NYSE MKT experienced a technical issue and, consistent with our regulatory obligations, the decision was made to suspend trading as we worked to identify the cause and resolve it," a NYSE spokesperson said in an emailed statement. "The root cause was determined to be a configuration issue."

The company issued an update Thursday, saying the configuration issue happened during the roll-out of a software update to comply with new time-stamp requirements for exchanges.

After it suspended all trading, NYSE, owned by Intercontinental Exchange (ICE), said the outage was not caused by a cyber attack.

The company did not provide much detail about the cause of the outage, but posted updates on Twitter and on its own website while the outage lasted, saying it was “doing our outmost to produce a swift resolution and will be providing further updates as soon as we can.”

It suspended trading across all symbols at 11:32 am ET. Trading resumed shortly after 3 pm.

This is the second high-profile IT infrastructure outage today. United Airlines grounded all flights this morning due to a network-connectivity issue.

NYSE-listed securities continued trading on other exchanges. The issue did not affect NYSE Amex and Arca options, the company said in a status update.

“We’re currently experiencing a technical issue that we’re working to resolve as quickly as possible,” a company spokesperson said in an emailed statement. “We will be providing further updates as soon as we can, and are doing our utmost to produce a swift resolution, communicate thoroughly and transparently, and ensure a timely and orderly market re-open.”

NYSE’s primary data centers are in Mahwah, New Jersey, and Basildon, UK. The facilities house infrastructure that supports trading engines as well as IT equipment owned by other financial-services companies that lease space there to be as close to the trading engines as possible to reduce latency of their communications with the markets.

Because of robust backup infrastructure, stock exchange outages are rare. The most recent high-profile one happened in 2013, when trading on Nasdaq halted reportedly because of software issues traced to NYSE’s Arca exchange infrastructure problems.

In 2008, before ICE’s merger with NYSE Euronext, commodities trading stopped on ICE because of a power outage in a data center.

Trading on the London Stock Exchange was suspended in 2009 because of unspecified technical issues.