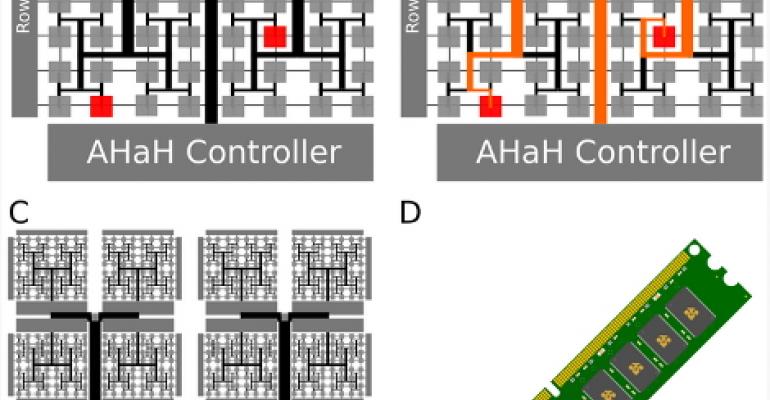 Knowm Wants to Meld Memory and CPU Onto Single Chip

Aiming to become one of the first IT vendors to bring memristor processor technology to market, Knowm today revealed that it is building a neuromemristive processor that learns and adapts to how data streams actually behave.

After more than 13 years of development, the primary goal is to eliminate any distinction between processors and memory, Knowm CEO Alex Nugent said. In its place, memristors provide a form of non-volatile memory that combines both functions in a single processor.

“Our goal is to build the entire stack,” Nugent said. “But right now we’re focusing on the scaffolding.”

The effort is an outgrowth of a project funded by the Defense Advanced Research Projects Agency (DARPA) that makes use of Thermodynamic RAM (kT-RAM) that is being developed around an AHaH theory of computing, based on the way nature and biological nervous systems process data.

AHaH Computing, Nugent explained, eliminates the duality of memory and processing to provide an architecture for building a new type of ‘soft-hardware’ that self-repairs and self-learns. Nugent claims that eventually these systems will provide power efficiency gains of up to 10 orders of magnitude, while at the same time enabling a new generation of machine learning and artificial intelligence applications that previously would not have been possible to develop.

Multiple forms of memristor technology alongside other forms of non-volatile memory are being actively researched as an alternative to existing processor architectures that proponents like Nugent contend are running out of steam in terms of their ability to meet the demands of Moore’s Law. The challenge, of course, is not only actually developing memristor technology, but then also manufacturing those processors cost-effectively and at scale.

Naturally, if and when memristor processor technologies do show up in the data center it will most likely be in the form of co-processors dedicated to running a highly specialized set of applications. But as is often the case in IT, it’s usually only a matter of time before those co-processors become a mainstream part of the data center environment.