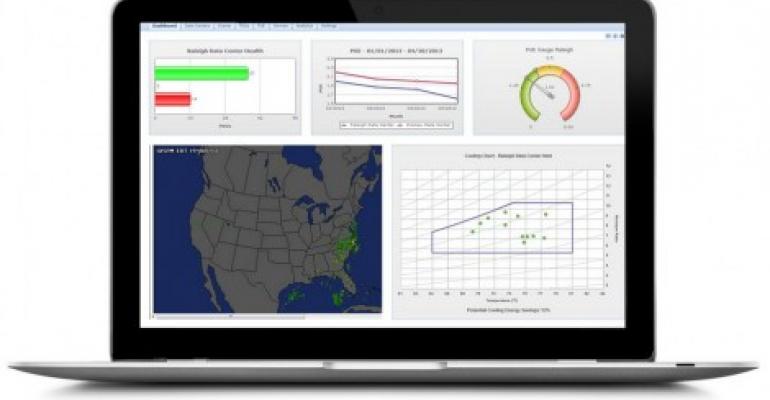 Raritan has two DCIM offerings: Power IQ for monitoring and dcTrack for operations. Here&#8217;s a screenshot of one of the Power IQ dashboards. (Image: Raritan)
Business

What the Spinoff May Mean for Raritan’s DCIM Business

Will Sunbird find a formula to retain and build on Raritan’s DCIM success?

In an unusual move for the data center infrastructure management space, which in recent years has seen steady consolidation, Raritan announced earlier this week a plan to spin off its DCIM business as an independent company. The rest of Raritan is being acquired by the French vendor Legrand for an undisclosed sum.

It’s unclear why Sunbird Software, the newly formed DCIM vendor, was not part of the acquisition. A spokesperson said neither company was willing to comment because the deal was still in progress.

While the bulk of Raritan’s revenue likely comes from sales of its intelligent data center PDUs, its DCIM business has been relatively successful, according to market analysts who cover the vendor. Raritan is a private company, so information about its finances is not available.

Raritan formed three decades ago as a keyboard, video, and mouse (KVM) supplier. Between then and now it added things like data center PDUs and racks to its product lineup. It’s had a DCIM solution since 2008, which according to Gartner has become one of its three main business units.

Whether Sunbird will succeed in maintaining the momentum it has enjoyed as part of Raritan remains to be seen. We don’t know whether it will change strategy or stay the course.

Legrand said it plans to let Raritan operate as an independent subsidiary. While Sunbird will be a standalone business, the plan seems to be to maintain strong ties to Raritan. Sunbird will act as a Raritan partner, and Raritan founder and CEO Ching-I Hsu will chair the DCIM company’s board of directors.

There may be some changes in Sunbird’s go-to-market strategy. Raritan has relied primarily on channel sales, and we may see more focus on direct sales from Sunbird, Rhonda Ascierto, research director at 451 Research, said.

Gartner analysts saw Raritan’s global sales-channel strategy as a strength for its DCIM business. It has “an IT-focused partner network and a direct presence in 13 countries,” according to the market-research firm’s 2014 Magic Quadrant for DCIM suppliers, where Raritan was positioned as a “challenger.”

There may have been some perception in the market that Raritan’s DCIM solutions work best in concert with Raritan hardware. True or not, that perception should no longer be a problem for Sunbird, which will now be able to position itself as a software company that’s unencumbered by hardware sales considerations, Ascierto said.

Gartner analysts saw integration of Raritan’s DCIM tools with its other data center products as a strong point. Whether Sunbird will continue investing as much in integration with Raritan hardware specifically is unknown.

Speaking IT is Good for a DCIM Business

Unlike many of its competitors, Raritan comes from the server side of the house more than the facilities side, Jennifer Koppy, research director at IDC, said. Because, despite early expectations, DCIM has become a product used primarily by IT staff, that legacy has perhaps helped its DCIM business succeed more than the market average.

“Raritan is one of the few that’s actually made a little more money in that respect,” Koppy said.

The company has two DCIM products: dcTrack, an asset-tracking tool, and Power IQ, which has a range of energy-management functionality. According to the Sunbird website, the new company is keeping both dcTrack and Power IQ brands, at least for the time being.

The Need for a Unified Solution

What Koppy (and some of the end users she has spoken to) would like to see more of is investment in single-pane-of-glass management capabilities for all the DCIM functionality Sunbird has. “Instead of having two modules a lot of [users] would like to have one,” she said.

There’s a market for both approaches. While more advanced users may prefer a comprehensive solution, not everyone is ready to pay for a full DCIM suite deployment. This is the reason many vendors, including giants like Emerson Network Power and Schneider Electric, sell individual modules, each with its own set of capabilities.

DCIM as Part of ITSM

Robert Neave, CTO and co-founder of Nlyte Software, one of the leading a pure-play DCIM vendors, said Sunbird’s future success or failure will hinge on its ability to make it easier for customers to use its software together with other data center management systems, namely IT service management software, or ITSM.

Raritan took a big step in that direction in May, announcing a DCIM connector for ServiceNow, one of the most popular ITSM solutions.

DCIM overall is evolving to become part of ITSM, Neave said. Raritan acknowledged this in its ServiceNow announcement. Customers that use DCIM in this context will prefer to be able to configure it to gel with their ITSM software by themselves, without spending time and money on specialist services, Neave said.

No Formula for Winning as a DCIM Vendor

In the end, Sunbird’s success will depend on that and all other things any DCIM vendor’s success will depend on. In her recently published DCIM forecast paper, Koppy recommended that suppliers focus on simplifying integration with other management systems, providing visibility over distributed data center resources, help companies with people and process elements of data center management, and help create companywide support for DCIM.

The DCIM opportunity is continuing to grow. IDC forecasts a nearly 16-percent compound annual growth rate between 2014 and 2019. Koppy pegged total DCIM supplier revenue, including software and services, at about $475 million in 2014 and forecasted it would close in on $1 billion four years from now.

Whether Sunbird will be a big part of that story is unclear, but it’s clearly not in a losing position. After all, it is not going to be a small startup fighting for recognition from scratch, and maintaining close ties to Raritan should help it retain the success it has already had in the market. DCIM is a story that’s still developing, and nobody has the perfect formula for success.