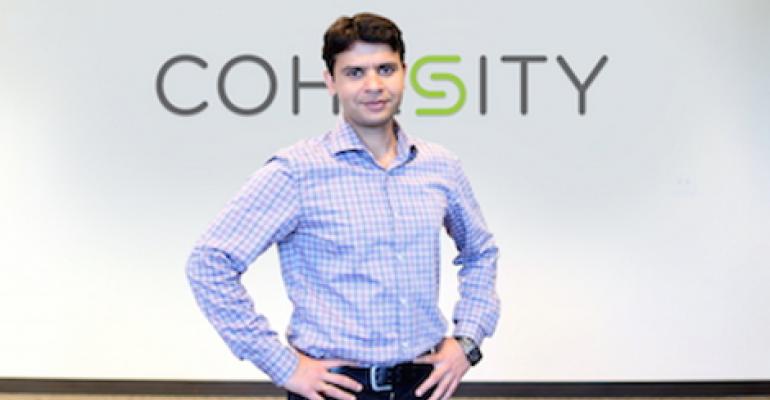 Cohesity
Cohesity founder and CEO Mohit Aron helped found Nutanix and led the development of the file system that Google uses to manage its data.
Design>Storage

Emerging from stealth mode today to unveil a unified approach to managing all secondary storage, Cohesity also revealed that is has raised a total of $70 million in funding.

Led by CEO Mohit Aron, who helped found Nutanix and lead the development of the file system that Google uses to manage its data, the goal now is to bring to market a storage platform that not only unifies every workflow typically required of a secondary storage system but is also infinitely scalable.

“When it comes to secondary storage today there is lots of fragmentation,” Aron said. “We’re going to unify all those processes around an object-based distributed file system where there are no bottlenecks.”

Scheduled to be generally available later this year, Cohesity has already created an early access program under which pilot customers, such as Tribune Media and GS1 Canada, have deployed the platform.

Aron promises the Cohesity Data Platform will eliminate all the silos in secondary storage systems that wind up making the total cost of managing it so cost-prohibitive. Because there are now so many copies of data sets strewn across the data center, the total size of secondary storage winds up dwarfing the amount of primary data storage most organizations have.

Citing CSC Research, he noted that amount of data IT organizations will need to manage is expected to be 44 times greater in 2020 than it was in 2009. Most of this data will be what Aron describes as “dark data,” or data that was used once or not at all.

The Cohesity Data Platform is designed to dramatically reduce the amount of data stored in secondary storage systems by creating a programmable storage environment where all data is indexed using an object-based system, thereby eliminating the need to create multiple copies of the same data over and over again. Once that data is indexed, it then becomes a lot easier to apply analytics to better understand how that data is actually being used.

Just as importantly, because that data is indexed, it becomes available on demand to all applications versus being stored in a way that makes large amounts of data not readily accessible to any application.

In terms of the overall IT budget, spending on secondary storage both in and out of the cloud is spiraling out of control. As such, it’s only a matter of time before IT organizations are forced to embrace new approaches to managing storage to reduce those costs.

Backed by $70 million in venture capital, Cohesity is clearly betting that it will be one of those preferred new options for managing secondary storage.