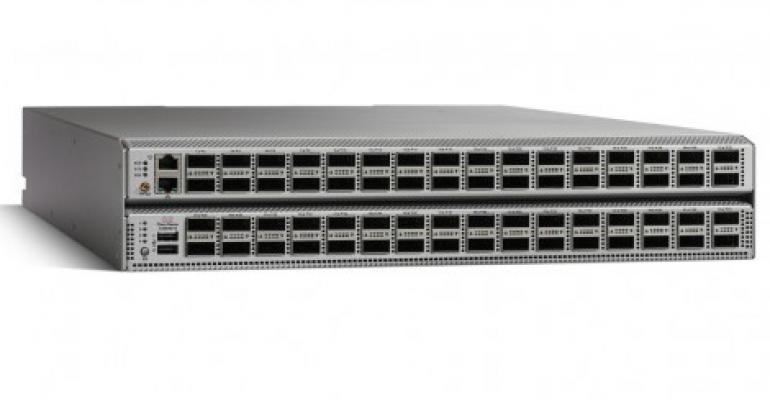 Cisco has upgraded the operating system used across its data center switches to enhance software-defined networking capabilities across its full range of offerings.

In addition, the company unveiled Nexus 3200 top-of-rack switches for next-generation 10G, 25G, 40G, 50G, and 100G cloud data center networks that will be available in the third quarter. The company has also created a Virtual Topology System, an data center SDN overlay provisioning and management system for Nexus switches.

Cisco made the announcements today at the Cisco Live 2015 conference in San Diego.

Locked in a fierce battle with rivals looking to usurp the company’s dominance of the data center network market using open source networking software, Cisco has been going through great pains to wrap its proprietary networking technology with a set of programmable open interfaces. By providing higher levels of interoperability Cisco maintains it is preserving customer choice while also preserving its ability to deliver innovative products and services. Thus far, it says it has signed 2,655 customers to deploy Nexus switches running its Application Centric Infrastructure software for data center SDN.

VTS supports the BGP EVPN control plane for managing VXLAN overlays and can be integrated with cloud management systems, such as OpenStack. In fact, Cisco has already developed a VTS plug-in for VMware vSphere environments and expects partners and customers to be able to easily develop plug-ins for any number of management frameworks.

VXLAN overlays are a different approach to SDN from Cisco's proprietary ACI software. By supporting both, Cisco is trying to ensure it doesn't lock itself out of the growing open-SDN market.

Jacob Jensen, senior director of product management for the Cisco Insieme business unit, said ACI, which is at the core of Cisco's SDN platform, can now also be integrated with Microsoft Azure and System Center software along with object stores typically used by cloud service providers.

“This is an extension of our existing partnership with Microsoft,” says Jensen. “Microsoft System Center is now integrated with the Cisco APIC controller.”

Other new capabilities include a software development kit for building ACI applications along with tools for setting up disaster recovery capabilities between Nexus switches that can be as much as 150 kilometers apart.

Given the relatively slow rate of change inside enterprise networks, it will take years for the battle for data center SDN market share to play out. But like most incumbents faced with challengers, Cisco will surely use all the technology and pricing muscle at its disposal to try and maintain its current market dominance.