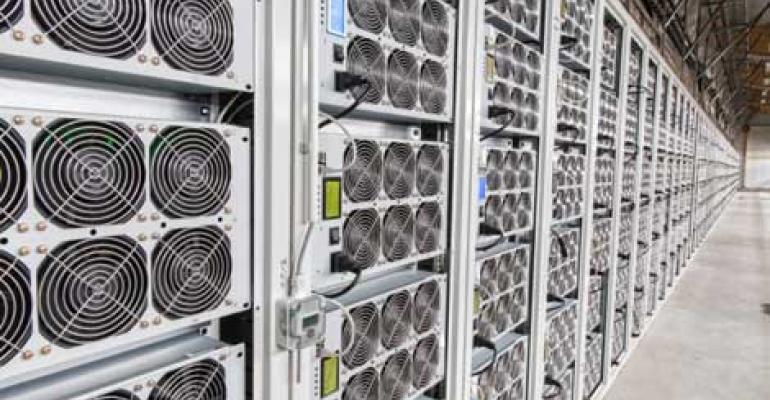 These racks of high-density Bitcoin mining rigs stretch the length of the building in the first BitFury hashing center in the Republic of Georgia. (Photo: BitFury)
Business

BitFury, one of the world’s biggest bitcoin mining companies, has purchased land in the Republic of Georgia, where it plans to build a huge data center to host its mining hardware. KnCMiner, another heavyweight in the space, has bought land in its homeland Sweden for similar purposes. Both companies make bitcoin hardware and provide data center space for it.

KnCMiner’s new properties are adjacent to its two data centers in the north of Sweden. The company plans to build several data centers on that real estate and expects to bring the first one online in September. The two-story facility will provide 18,000 square feet of space for mining gear.

The future Tbilisi facility will be BitFury’s second data center in the former Soviet Republic. It will be its first, however, built after its acquisition of Allied Control, a Hong Kong maker of ultra-efficient cooling systems that submerge IT hardware into dielectric fluid.

The data center in Georgia will take full advantage of Allied Control’s technology, which can potentially lower the cost of operating the massive data center and help grow BitFury’s business margins.

Margins across the bitcoin mining sector shrunk significantly last year when the digital currency’s value went from a high of about $1,100 to about $230. The cryptocurrency has not since regained its former exorbitant value; it has, however, remained fairly steady since early this year.

Much of the build-out of data center capacity dedicated to bitcoin hardware has been done by the mining companies themselves. Some commercial data center providers have managed to craft offerings that were attractive to these customers, but with varying degrees of success.

A mining company called CoinTerra took colocation space with C7 Data Centers and with CenturyLink. It appeared early this year that CoinTerra was unable to pay its bills to C7 – reportedly because of the drop in bitcoin value – and filed for bankruptcy following a legal fight with the data center provider.

Building in the Republic of Georgia

Power capacity of BitFury’s future Tbilisi data center will be about 100 megawatts, according to the company. It will house its 28-nanometer and the next-generation 16-nanometer bitcoin mining ASICs.

Georgia is not known to be a prime data center location, so the company’s decision to build there is unusual. BitFury execs weren’t available for comment.

One of its investors, however, is the Georgian Co-Investment Fund, a $6 billion private equity investor in companies interested in business opportunities in the country. BitFury’s vice chairman of the board, George Kikvadze, is the fund’s managing director.

The company developed its first data center in Georgia, in the City of Gori, also in collaboration with the fund.

The company also has a data center in Iceland.