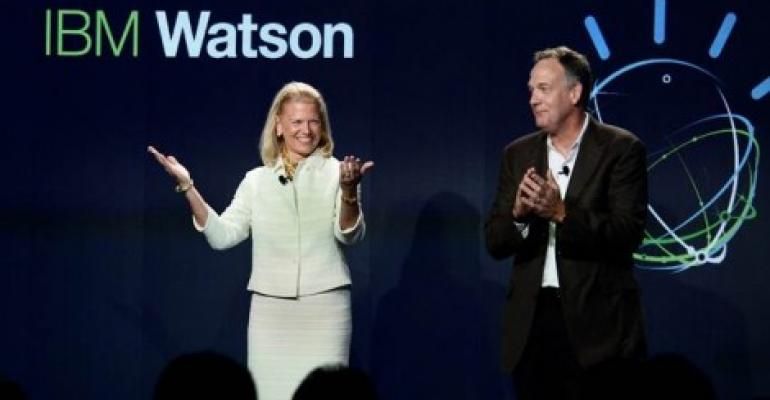 IBM in partnership with the UK government are investing over $475 million to boost Big Data and cognitive computing research in the UK through the Hartree Centre, an organization formed by the UK government’s Science and Technology Facilities Council.

IBM put together a package valued at $300 million consisting of OpenPower and Watson technology and onsite expertise consisting of at least 24 IBM researchers. The UK government earlier made a $175 million commitment to expand the Hartree Centre over the next five years.

The partnership aims to make it easier for non-computer experts and local businesses to derive insights from data in new ways and from new angles. IBM’s cognitive computing Watson works in a more intuitive way than traditional computing, while OpenPower is architected specifically for Big Data workloads. They will develop a systematic way to analyze data sets.

The work done at Hartree could transform how local businesses leverage data, changing the way they operate and engage with customers, suppliers, and employees.

The partnership is another big government win for OpenPower, the open development community around IBM's Power processor architecture backed by Google, Canonical, NVIDIA, Mellanox, and well over 100 other organizations worldwide.

The US Department of Energy earlier selected OpenPower technology for the next generation of supercomputers at the Oak Ridge and Lawrence Livermore National Labs.

Lenovo also has a partnership with Hartree Centre and is developing an ARM server powered by Cavium’s 64-bit Thunder System-on-Chip. The project is part of a computing energy efficiency research effort funded by STFC.

The fruits of the partnership will be commercialization of intellectual property assets produced in partnership with STFC, which runs Hartree.

STFC and IBM will engage in collaborative projects with third parties as well as UK universities to develop advanced software solutions to address real-world challenges in academia, industry, and government.

“Data-intensive techniques are transforming every discipline of science, and connecting these capabilities to the needs of industry has the potential to revolutionize every business sector,” said John Womersley, professor and chief executive of STFC.

David Stokes, chief executive for IBM in the UK and Ireland, called this the dawn of a new era of cognitive computing.

The partnership was unveiled earlier this week by Universities and Science Minister Jo Johnson. The Hartree Centre is already helping businesses like Unilever and Glaxo SmithKline use high-performance computing to improve the stability of home products such as fabric softeners and to pinpoint links between genes and diseases.