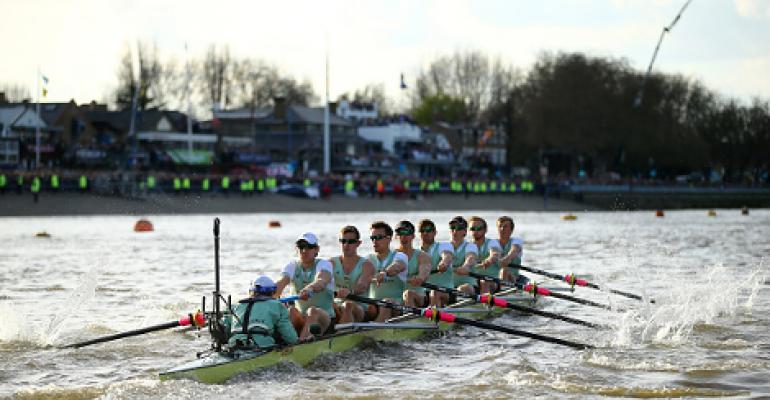 What University of Cambridge is Learning from Its DCIM Journey

University of Cambridge has a rich history and legacy. It’s the second-oldest university in the English-speaking world and fourth-oldest active university overall. It also has a legacy IT footprint spread across campus, including a diverse set of server rooms and closets serving individual departments without much unified data center management.

Cambridge University Data Center Manager Ian Tasker and his team are undertaking a project of a lifetime in updating the university’s infrastructure and have chosen Emerson’s Trellis data center infrastructure management software as the centerpiece for ongoing consolidation into a new data center.

“The initial decision to look at DCIM was a historic one,” said Tasker. “There’s a diverse set of server rooms that we look after – some are managed, some are not. One of the things we were keen to do with the new data center was put in tools for proper management of infrastructure.”

Cambridge’s infrastructure situation is not unique; universities around the world often keep server rooms just as departmentalized as the staff itself.

Through DCIM, Tasker hopes to move from the standard reactive data center mangement to a proactive, centralized, and organized approach. The university’s aim is to introduce more shared services, reduce its carbon footprint, and drive better intelligence into operations. All were factors that had the team turning to DCIM.

Implementation Taking Much Longer Than Expected

Tasker said that looking back, it surprised him how relatively easy it was to initially integrate everything into Trellis. However, he said, the one thing that he didn’t anticipate was the amount of time it would take to complete the project. What he thought would be a six-to-12-month project is still 12 to 18 months away from being complete, not including the last six months.

“It’s a living system,” said Tasker. “It will evolve for the next however many years. Once we get it fully established, and we’re exploiting it to its full effect, we’re looking to expand it to more server rooms.”

Business organizations can be extremely siloed, and universities are no different. Departments act as individual entities. Since not only does the infrastructure need to change but also the way people behind that infrastructure work, Tasker said, his team has had trouble getting everyone aboard.

“The university had never had a proper bespoke data center, but rather machine rooms in office buildings – the concept of a purpose-built data center was a bit alien,” said Tasker.

However, now that Cambridge has been equipping the data center, many realize how beneficial the new approach to data center management will be over time.

While the consolidation has been slower than anticipated, different stakeholders are coming into the fold.

Recently, the high-performance computing service consisting of two main supercomputers came aboard. Tasker said they were able to relocate in a short space of time, around six weeks, for 60 racks of HPC. It was a big win for the new way.

The overall consolidation is taking the most time. “The rest of the university, we’re doing department by department,” said Tasker. “We are talking to each department as we bring them on board and looking to deploy more shared services across departments.”

While three server rooms are on deck, the university currently has more than 200. “If we consolidate, it will drive powerful information,” he said.

“It’s been a difficult journey in picking a new tool,” said Tasker. “I think Trellis was easy to pick up, but it does take a long time to set in across the university. Emerson has been absolutely brilliant during this process. They’re always on the end of the phone and they regularly come to the site.”

Tasker and his team did a lot of pre-work in evaluating different DCIM tools to eliminate those that weren’t the right fit. “Right from the start we had wide-ranging requirements,” he said. In total, they had about 35 pages of requirements just for the DCIM solution across a dozen functional areas.

“We wanted a fairly comprehensive view to provide data center monitoring entirely across UPS, generators, and systems to actual monitoring of individual devices,” said Tasker. “We have a lot of requirements around asset management and integration capabilities.”

The financials of DCIM took a backseat, said Tasker, with energy efficiency and help in consolidating other machine rooms as the main driver behind DCIM. The university looks to save 20 percent of its carbon footprint through the new data center, for which it had to have tooling in place from the very start.

Many universities treat infrastructure as something they need to simply keep running, taking a duct-tape approach to fixing problems as they arise. One hand often doesn’t know what the other is doing, leading to inefficiency and a communication barrier. It takes a lot of courage to admit there’s a problem, let alone to do something about it. With Trellis, the university is laying the groundwork for the future and realizing along the way that DCIM is not a destination, but a journey.

Visit the Data Center Knowledge DCIM InfoCenter for more case studies of real-life DCIM deployments and a wealth of other information about DCIM solutions, suppliers, purchasing, and implementation guidance.