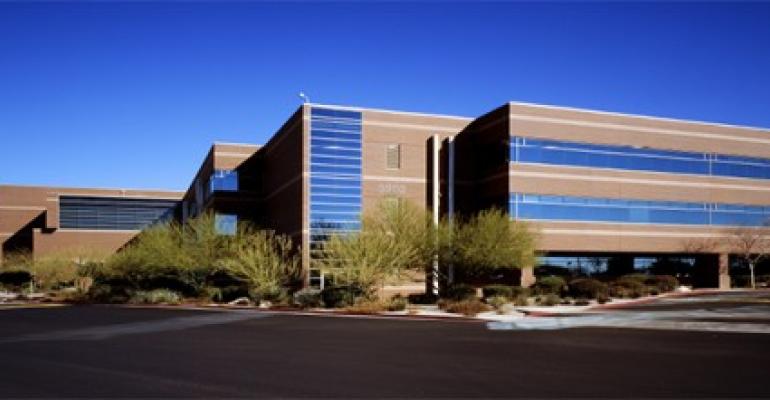 Last year, Griffin acquired 80 percent of a Digital Realty data center in Ashburn, Virginia. In 2012 it acquired a three-building 155,000 square foot office and data center campus fully leased AT&T Wireless. It bought a Verizon data center in New Jersey in 2013. All three properties were fully leased at the time of purchase.

The Phoenix data center is 300,000 square feet across three stories and the office building is over 200,000 square feet. The property sits on a 28-acre site and is part of the American Express Beardsley Campus, developed as a build-to-suit for the tenant in the 1980s.

"We are pleased to acquire this critical operating asset, whereby the tenant has continued to demonstrate a meaningful financial commitment over several decades," said Louis Sohn, Griffin Capital's director of Acquisitions in a release.

Online Tech, which acquired the data center just last year, meets at a perfect crossroads with Carter Validus and other similar REITS; it’s a data center provider that has a strong focus in the healthcare vertical, like a mission critical Russian nesting doll.