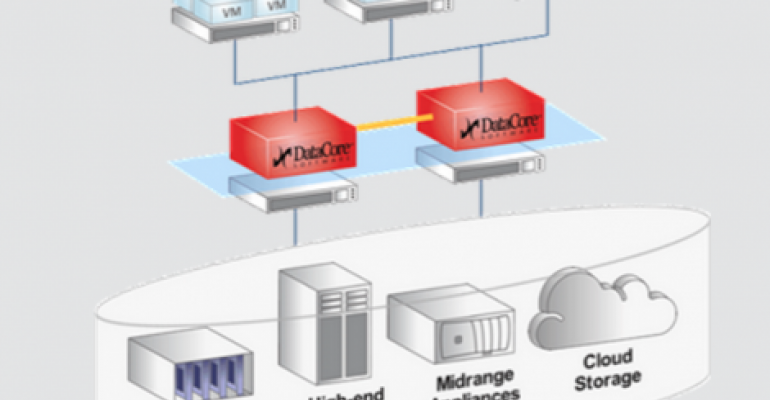 The rise of hyper converged environments inside data centers validates the hardware-independent approach to storage management, says the company
Design>Storage

Update allows those IT organizations running OpenStack to make use of both new and legacy storage infrastructure by adding support for the Cinder interfaces defined within OpenStack.

DataCore Software this week released an update to its storage software offerings that makes them compatible with OpenStack.

Other new features include the ability to deduplicate and compress virtual disks in the background and the ability to integrate with backup and recovery software from Veeam.

Augie Gonzalez, director of product marketing for DataCore, says OpenStack for the moment is being primarily adopted by larger enterprise IT organizations that are trying to build their own private clouds. The update allows those IT organizations running OpenStack to make use of both new and legacy storage infrastructure by adding support for the Cinder interfaces defined within OpenStack.

“We’re seeing a lot of interest in OpenStack from large enterprises that need to support multiple hypervisors,” says Gonzalez. “But we didn’t think telling people they needed to buy all new storage to run OpenStack made a lot of sense.”

Gonzalez says the rise of hyper converged environments inside data centers validates the hardware-independent approach to storage management that DataCore has long advocated. For example, in the case of DataCore Virtual SAN Gonazalez says the DataCore offerings can be deployed both on servers and storage arrays to create a hyper converged environment that enables OpenStack to truly scale.

The reason for that, says Gonzalez, is that DataCore software runs in RAM on the processor versus in Flash. As a result, Gonzalez says DataCore Virtual SAN is ten times faster than VMware Virtual SAN software. That capability is particularly important within the confines of a virtual desktop infrastructure (VDI) deployment where I/O performance often determines the success or failure of the deployment, says Gonzalez.

No matter whether it’s referred to as software-defined storage or hyper converged infrastructure, Gonzalez says storage in general is moving away from expensive proprietary hardware. In its place is a new generation of storage systems based on standard x86 processors and commodity disks.

In general, each iteration of x86 processors adds strength to that argument. While proprietary hardware systems can be made to run faster at any given time over the long haul Moore’s Law has consistently show the advantages of making use of general purpose processors as long as, of course, there’s storage management software that can efficiently make use of those x86 processors.