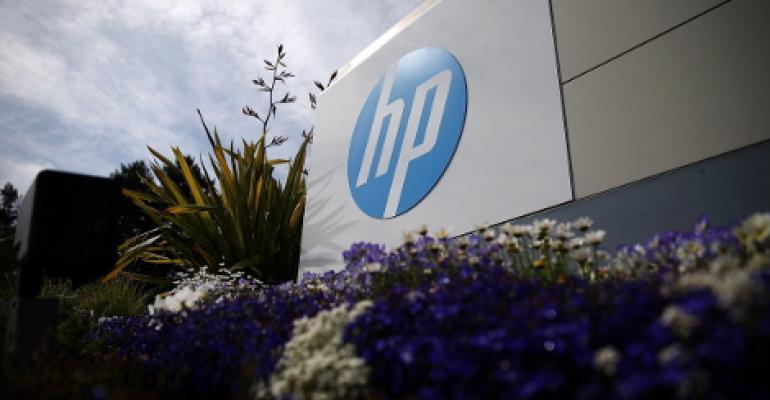 A sign is posted outside of the Hewlett-Packard headquarters in Palo Alto, California. (Photo by Justin Sullivan/Getty Images)
Blades

HP this week launched a raft of servers spanning everything from a 1U offerings to a 16-socket server powered by the new high-end Intel Xeon processors.

In addition, HP announced that its Integrity Superdome X platform is now certified to run Windows Server and updated its ConvergedSystem portfolio for SAP Hana with the Intel Xeon E7 V3 processors also unveiled this week. The 16-socket HP ConvergedSystem provides up to 12 terabytes of data in a single memory pool.

At the other end of the spectrum, the HP Apollo 2000 series is a hyperscale platform designed to plug into a traditional rack server, Vineeth Ram, vice president of product marketing for HP Servers, says. Up to four independent hot-pluggable servers can be plugged into a standard 2U chassis.

Meanwhile, the Apollo 4000 Systems includes three servers that Ram says are purpose-built for data-intensive workloads such as Hadoop. It includes what HP claims is the industry’s densest 2U server in the form of the HP Apollo 4200, which can support 28 large form factor drives or 50 small form factor drives.

The Apollo 4510 is based on a 4U chassis with one server node providing rack-scale storage server density with up to 5.44 Petabytes in 42U rack. The Apollo 4530 member of the series provides support for three server nodes in a single chassis.

Each member of the family, says Intel, can be configured with up to 18 cores, a 20 percent increase in cores compared to the prior generation, and up to 45 megabytes of last-level cache. The processors themselves can support servers configured with as many as 32 sockets.

The end result, says Intel, is as much as a ten-fold improvement in performance per dollar depending on how those servers are actually configured.

The degree and rate at which IT organizations will embrace converged infrastructure will vary greatly. But the one thing that is certain is that many of the management concepts and constructs that were originally developed for blade servers are now being applied to traditional rack servers, which one day may lead to a unification of at least how different server platforms get managed across the data center.