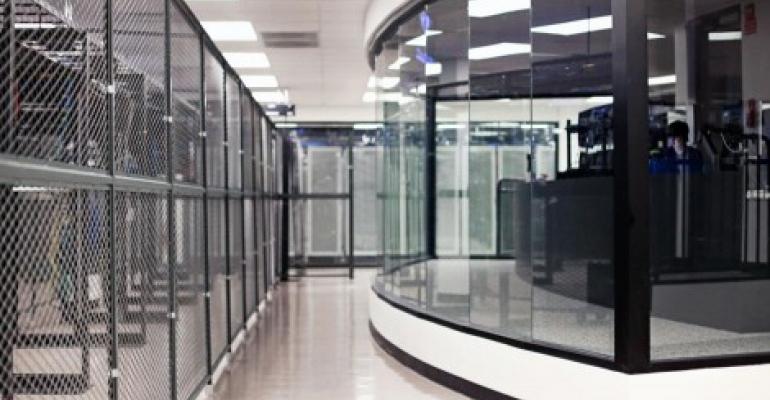 What matters most is how well you walk through the fire. Louisiana data center provider Venyu has walked through Katrina, Rita and Gustav. The disaster recovery specialist has its first data center outside of Louisiana in the works, repurposing a former department store

Louisiana is hot, humid, and hurricane-prone. It’s not a place you would associate with data centers. However, this is Venyu’s niche, and it has carved out a business for backup and recovery services for local businesses in need of a mission critical data center.

Now, it's expanding outside of Louisiana for the first time, building a disaster recovery data center from a reburbished department store in nearby Jackson, Mississippi.

National service providers have little desire to enter these areas due to the risks, making for an underserved market. Helping businesses navigate through potential disasters is what Venyu hangs its hat on. The provider claims to have maintained impeccable uptime during hurricanes Katrina, Rita, and Gustav. As a result of its record and expertise, it was acquired by regional telco EATEL in 2013, giving it the resources to expand.

The new Jackson DR data center will serve to complement Louisiana's infrastructure, providing a less weather-vulnerable location for those in the state while staying reasonably close (150 miles or so).

As the most populous city in the state, all the big telecoms run through Jackson, and are all fairly close to where the new facility will be, said Executive Vice President Matt Wallace. The new Mississippi data center is following the same plan and concept as its second Baton Rouge facility opened last year. Each facility is built to 2 megawatts and designed for 5 kW per rack; Venyu will use the same energy provider in Jackson as it does in Baton Rouge.

In terms of site selection, Venyu looks for buildings it can repurpose. In Baton Rouge it used a former mall, turning a movie theatre into the first facility and a department store into the second. “With the second facility, we wanted to keep close to BTR1, so it fit our needs,” said Wallace.

Similarly, Venyu is repurposing a department store in Jackson, which it has to reinforce structurally. The new data center is being constructed in the former McRae building at a cost of $35 million.

Department stores and movie theatres make for good conversions, given fairly solid bones and a lack of windows in construction. “The exterior is all concrete block – not cinder but full concrete,” said Wallace. “In the former movie theatre we had to do some reinforcement of the second floor because of weight load.”

Because it gets so hot in the south, the company built a mezzanine level where the cooling and power transformers reside, looking directly over each row of racks. While this equipment is often outdoors, keeping it indoors helps keep power costs low.

On the data center floor, heat rises up through a plenum that flows into the mezzanine, where it’s sucked into the AC returns, then cooled and shot right back down in a closed loop design.

“The power is fed right to the floor as well as down through starline buses, which are fantastic,” said Wallace. Its facilities are N+1 on power generation and HVAC and uses UPS systems in round robin style, making life a lot easier from a maintenance perspective, he said. They can take a UPS offline safely, something the company recently performed successfully when they ripped and replaced a UPS in Louisiana.

The company also built a business continuity center in its Baton Rouge location in 2004 so companies could quickly recover there. Around the same time, it began experimenting with VMware to recover servers internally, then entered into a private development process before launching it as a service. Right after both were completed, Hurricane Katrina struck, said Wallace.

The New Orleans Saints and the Pelicans both run disaster recovery out of Venyu. Customers included local businesses in law, healthcare, local government, higher education, and the oil and gas industry that needed an option close by.

In Jackson, the company is also forming a partnership with the University of Mississippi Medical Center. On campus, Venyu is building a facility to house the telehealth initiative leveraging its power and network infrastructure. “They’re leading the charge in how we do healthcare in rural communities,” said Wallace.