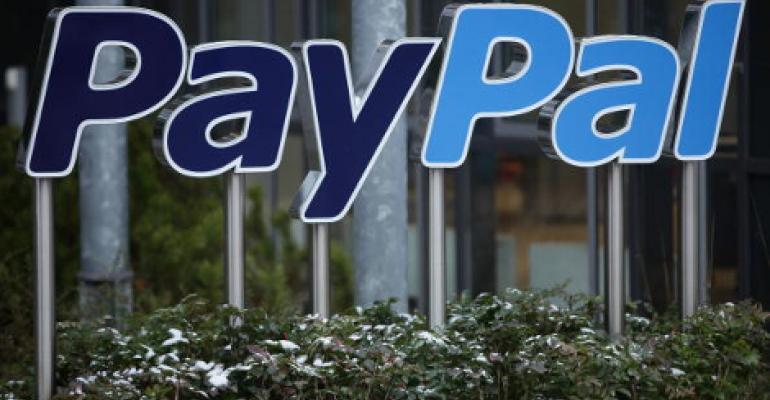 It’s unclear how big the ARM deployment is at PayPal’s data centers. Gopi avoided directly answering requests to clarify this on an earnings call with analysts Tuesday, on which he announced the deployment, saying only that PayPal had “deployed and validated X-Gene,” Applied Micro’s 64-bit ARM processors, and that the servers were “running a real workload.”

Powering the bulk of the world’s smartphones, processors built using low-power-needs architecture by U.K.’s ARM Holdings have been gaining increased interest as an alternative to x86 processors that dominates the server market. There is also interest in using ARM processors to power network switches and storage devices in data centers.

The interest is driven by concerns of growing data center energy consumption and high potential for customizing processors to optimize for certain workloads. A fight in either of those two areas will not be easy to win against Intel, which drives energy efficiency improvements relentlessly with each new processor launch and is also increasingly focused on chip customization.

Other ARM chip vendors in the server space include AMD, Texas Instruments, Cavium, and, reportedly, Qualcomm.

Sunnyvale, California-based Applied Micro’s leadership hopes validation by a well-known company like PayPal will go a long way. “Our expectation is that end-customer testimonials like this will convert to production orders this and the next fiscal year,” Golpi said.

Also Wednesday, Applied Micro announced deployment of X-Gene-powered HP Moonshot servers at a CloudLab facility at the University of Utah. CloudLab is an academic project meant to give researchers and the public the ability to build cloud computing environments.

Hyperscale data center operators like PayPal are one of the primary types of end user Applied Micro is targeting. Gopi expects these customers to start using ARM servers in “critical TCO-sensitive” parts of their infrastructure.

Some companies have used ARM servers to build private and public cloud infrastructure. An example of the latter is a French company called Iliad, whose new bare-metal Infrastructure-as-a-Service runs on ARM servers its engineers designed in house.

A service provider called DataCentered has deployed X-Gene to support an OpenStack cloud, and Canonical, the company behind Ubuntu, has a reference implementation of OpenStack on X-Gene.

A private OpenStack cloud does nearly all processing for PayPal’s web and API applications, and mid-tier services. But it’s unclear whether ARM servers play a role in that infrastructure.

Besides hyperscale data centers and cloud, Applied Micro is also going after the high-performance-computing sector. Key on that front is its partnership with NVIDIA, maker of graphics processing units that are used as CPU accelerators.

The combination of X-Gene and NVIDIA GPUs can dramatically reduce the size of the infrastructure needed to complete some HPC jobs, Gopi said. “That's well on its way with people like CERN, the [Department of Energy] and Sandia [National Laboratories] fully vetting that out.”

Another area where Gopi thinks ARM will make a difference is the financial-services industry. “That's another exciting piece of constituency for us, as we move this to more traditional enterprise-grade deployments,” he said, referring to the financial sector.

In the data center switch space, Golpi sees opportunity in the demand for backhaul between servers, campuses, and metros.