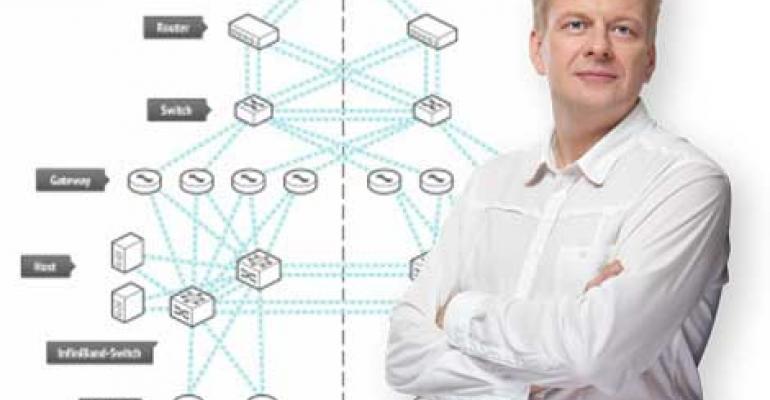 ProfitBricks Positions for Cloud DevOps. Has it Found its Niche?

Infrastructure-as-a-Service provider ProfitBricks is targeting the intersection of development and operations, specifically the customer looking to go to the cloud while retaining operational control. Its sweet spot: small-to-midsized companies with sysadmins.

ProfitBricks recently launched several DevOps-focused features and initiatives, although VP of Marketing William Toll argued that its approach has always been tuned for DevOps. The company's data center designer tool means its cloud has long been strong in operations, while cloud inherently appeals to developers.

Companies evolving to DevOps want a cloud that operates like what they’re used to, said Toll. The tool provides flexibility for movers to the cloud that want to remain in control of operations. It also provides a cost estimation tool, multiple-user functionality, and secure, two-factor authentication.

The recent additions include: a new community called DevOps Central, and a REST API; along with support for three multi-cloud libraries; and a Python Software Development Kit (SDK) . The existing SOAP API and new RESTful API move ProfitBricks into a position to better serve the DevOps community and provide the ability to automate cloud infrastructure in a multi-cloud world.

DevOps Central is a place for collaboration and includes various tutorials. A central community team also works with all the new stacks to identify missing documentation. For example, if Kubernetes doesn’t have documentation for a certain stack, it builds it. It has also expanded multi-cloud libraries and launched Software Development Kits for several languages, most recently Ruby, Node.js, and Python.

Toll said the company also supports automation tools like Puppet and Chef and uses Salt and other tools internally, with future support planned.

The company's recently redesigned ProfitBricks' Data Center Designer tool uses a graphical interface or via API to create large and multiple virtual data centers and to segment them into different tabs for production, test and development, and branch office data centers, for example.

“Once you play with [the design tool] a bit, you actually feel like you’re working with physical machines,” said Toll. “We’ve worked really hard to create a platform that’s far more flexible, that allows you to tune the machine CPU and RAM.”

Toll also attributes an uptick in business with managed service providers in part to that granular control and flexibility. “They want infrastructure that looks and feels like what they know," said Toll. "More importantly, it's something that their techs can manage. Managed service providers are looking for cloud that doesn’t compete with them."

Toll argues that big clouds aren’t tuned for the mid-sized audience looking for DevOps but rather developers or enterprises as two succinct groups. “AWS is hiring enterprise sales teams and building a product like that of the Microsoft and Oracle of old,” he said. “It has complex pricing; AWS enterprise cloud pricing is 10 pages long. We focus on factor pricing the number of cores, GB RAM, GB storage and GB traffic."

A few years ago, ProfitBricks made a big splash by slashing its cloud pricing in half, which appeared drastic in an age of incremental, 10 percent price cuts. While the cloud giants like AWS soon followed with their own drastic cuts, the ProfitBricks price cut helped expose cloud’s healthy margins in general.

Amazon Web Services recently broke out its financials for the first time, and investors were pleasantly surprised to see a 17 percent margin on the cloud business. The margins are healthy, especially given all of the talk about potential commoditization and price wars.

Co-founder Andreas Gauger said the reason for the cut was because margins were astronomically high and pricing was not keeping pace with efficiencies.

“Cloud computing pricing is inflated,” Gauger said at the time. “The industry didn’t adjust the price according to the savings that they actually have in their costs. There’s talk of a price war going on, but the truth is the pricing is high, the margins are high.”

Toll said the company is doing well, though it doesn’t break out numbers. It hasn’t seen explosive growth like DigitalOcean or reached scale like AWS. However, it's in no danger of pulling a Nirvanix, which has become synonymous with shutting down unexpectedly.

ProfitBricks is growing and can afford to exercise patience in waiting for a breakout. The company is backed and funded by the founders of United Internet, so it has a healthy base from which to build gradually—and right—over time. It needs to find its niche, and might have done so with DevOps.

ProfitBrick’s data center footprint isn’t as extensive as the big players. In the U.S. it’s within the premium Tier IV Switch facility in Las Vegas, with two availability zones within the facility. All customer data is replicated by default. Toll said the company is in late-stage negotiations for an east coast data center, which would add key options and geo-redundancy capabilities in-country.

Its German headquarters and data center makes it part of one of the fastest growing tech scenes in Europe, and in one of the most privacy-sensitive countries in the world. Unlike many other companies, ProfitBricks has benefited from data privacy concerns and the NSA scandal. “With ProfitBricks being a German company, they know we’re meeting data protection laws which are stronger than EU laws,” said Toll.

Whether or not ProfitBricks has found its niche here, it's save to say that there is room for cloud providers.

Synergy Research’s John Dinsdale believes there remains a lot of potential for niche players in cloud, in addition to the giants.

“The cloud market is a huge and varied beast with lots of room for niche players to provide specific services to specific target audiences,” said Dinsdale via email. “The leading handful of cloud providers get most of the airplay in the media but collectively only account for half of the market. There is an enormously long tail of small-to-medium cloud providers, and I don’t see that changing any time soon.”