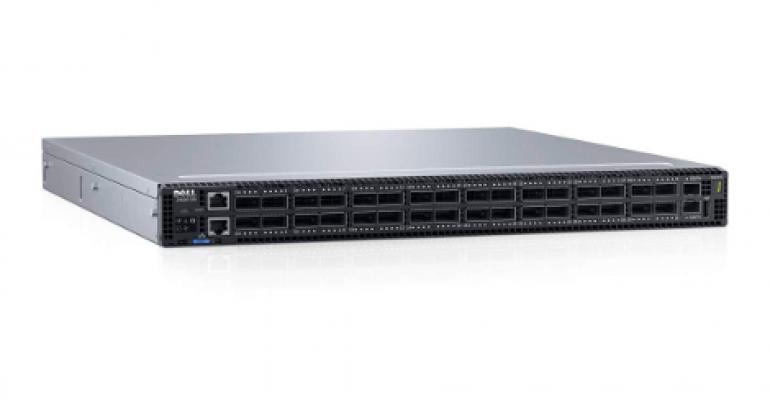 Dell today extended its portfolio of data center network switches with new additions that include a 1RU switch that can be configured to run at 100Gb, 50Gb, 25Gb or 10Gb Ethernet speeds, as networking requirements inside the data center change and evolve.

While most IT organizations are just making the transition to 10GbE in their data center networks, it’s hard to say with any certainty what bandwidth requirements in the data center will actually be in the years ahead.

Obviously, a 100GbE switch, due out in the second half of this year, is aimed at the high end of the data center market. But Arpit Joshipura, vice president of product management and strategy for Dell, says many organizations need to support different levels of network bandwidth requirements inside the same data center.

One Network OS Will Not Be Enough

Going forward, many organizations will also find themselves running multiple types of network operating systems on those switches. To that end, the Dell switches support not only Dell Networking OS9 networking software, by also networking software from Cumulus Networks, Big Switch Networks, VMware, Midokura, and, as of today, IP Infusion. To simplify that process, Joshipura says each operating system can be booted by a single click.

Dell has made a major commitment to open source networking software that Joshipura notes is fundamentally changing the economics of data center networking in terms of the cost of the switch and the ongoing management of the environment.

“We want to make deploying multimode switching environments very simple,” says Joshipura. “Organizations should be able to deploy multiple operating systems and manage them like a service.”

Naturally, Dell is trying to use its core strengths in the delivery of servers and storage to extend its reach into networking inside the data center. The degree to which IT organizations will want to consolidate the acquisitions of server, storage, and networking equipment from a single vendor remains to be seen.

Corrected: A previous version of this article misstated one of the possible configurations of the new switches. Incorrect 15GbE has been change to the correct 25GbE. DCK regrets the error.