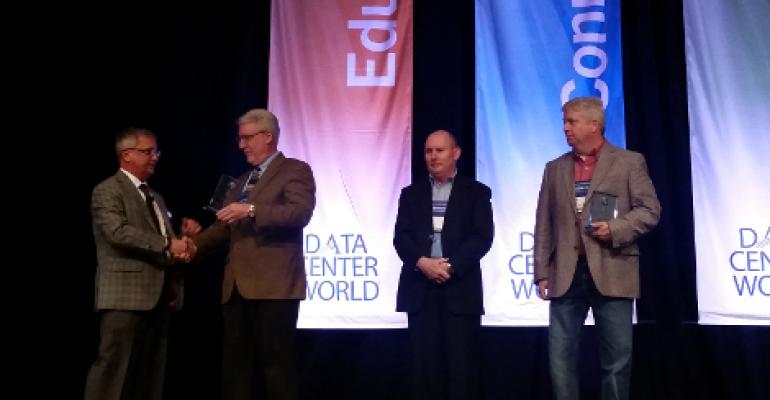 At its 35th-anniversary Data Center World Spring conference in Las Vegas this week, AFCOM, a data center industry professionals organization, changed its content mix in a preview of things to come to better reflect the changing industry landscape. AFCOM President Tom Roberts told us about the need for more collaboration across different teams that work in the data center and the show's attempt to reflect that earlier this month.

Data Center World officially kicked off with a keynote from Daniel “Rudy” Ruettiger. Rudy gave his inspirational story of the underdog. Rudy’s message was that the importance of a right attitude and drive transcends the sports world and applies to the data center world just as much. 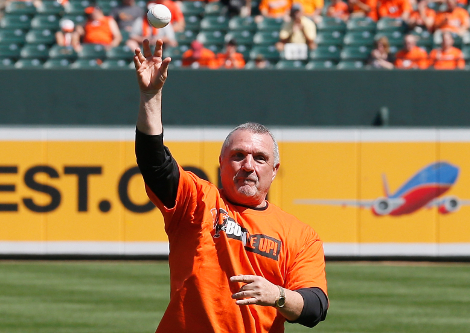 Rudy Ruettiger, the Notre Dame football player whose quest to make the team was turned into the poplular movie 'Rudy,' throws out the ceremonial first pitch before the start of the Baltimore Orioles and Tampa Bay Rays game at Oriole Park at Camden Yards on September 13, 2012 in Baltimore, Maryland. (Photo by Rob Carr/Getty Images)

Microsoft’s Paul Slater believes robots replacing some of the humans working in data centers today is not only a real possibility but something that’s likely to happen within the next decade. In a Monday presentation, Slater also discussed Microsoft’s data center efficiency strategy and its seven key tenets.

The Chaos of Being a Colo for Government Research

U.S. Department of Energy Oak Ridge National Laboratory’s Scott Milliken discussed how he and his team reined in data center management chaos. In a behind-the-scenes look, Milliken described the challenge of managing one of the most chaotic types of data center environments.

Dept. of Energy's Titan supercomputer, one of the HPC systems housed at one of the Oak Ridge National Lab's data centers, took second place on the 2012 Top500 list (Photo: DOE)

Power is the lifeblood of the data center, making data center power buying decisions all the more important. However, the common practice of waiting 30 to 90 days before a current contract expires is exactly the wrong thing to do, explained Cara Canovas, sales director at Noble Americas Energy Solutions. Waiting until then favors the energy supplier. There are intricacies to making these decisions, but the bottom line is a smart approach can save money and hedge risk.

10 Things to Know When Selecting a DCIM Vendor

You probably know by now what DCIM is and what it's for. You may even be considering a deployment, but with nearly every data center infrastructure vendor claiming to have the best DCIM software on the market, how do you get a better signal-to-noise ration? At this week's show, Stuart Hallin, a senior technical consultant for Cormant, offered some vendor-neutral tips on how to pick a DCIM solution. 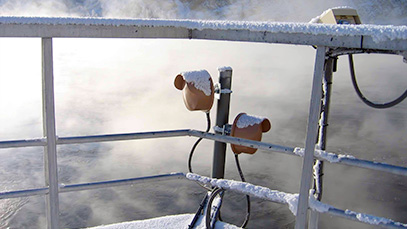 Perimeter security isn't just "set it and forget it", it's an ongoing process (image: Southwest Microwave)

Ever Thought of Combined Heat and Power?

It's may seem an unusual technology for the data center industry, but combined heat and power has been around for more than 100 years and successfully employed by many other industries. As Terence Waldron, of Waldron Construction and Engineering, explained at the conference, a natural-gas-fueled combined heat and power plant can become the primary source of both power and chilled water in a data center.

And of course no data center show worth its salt should go without new product announcements. Vendors introduced a range of new software and gear for data centers this week in Las Vegas. From cooling systems to racks, PDUs, cabling solutions, and 3D modeling software, there was a lot to look at on the exhibit floor.

Mark your calendar for the next Data Center World Conference in National Harbor, Maryland, Sept. 20-23, 2015. If you are interested in speaking at the conference submit your proposal athttp://www.datacenterworld.com/fall/speaking/submit-a-presentation/