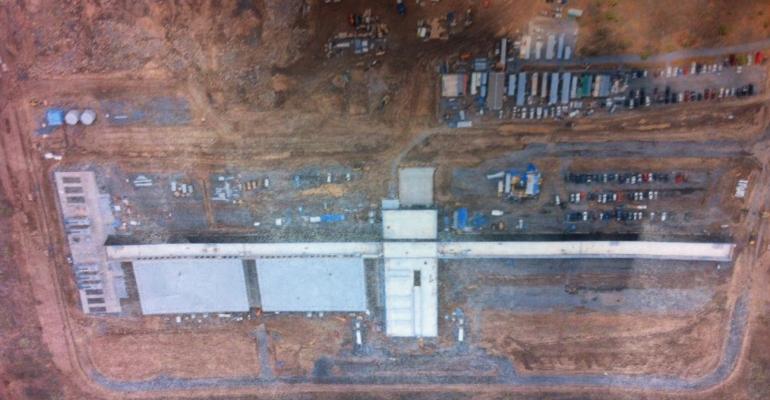 Company plans to add final two pods on its existing Oregon data center campus, about one week after reports of a potential brand new data center project nearby

Apple has filed paperwork to expand its existing data center campus in Prineville, Oregon, local news outlet the Bend Bulletin reported. The expansion is in addition to the company's recently filed early paperwork for a whole new data center adjacent to this campus.

The latest Apple data center expansion in Prineville will consist of final pods, each measuring over 35,000 square feet. The site's final pods will be located in the southeaster portion of the property. Apple built first two of the proposed eight pods at the site when the project began in 2012.

Local officials expected the most recent Apple data center expansion to be completed by the end of 2015. Construction timetable for the new site is unknown.

A structural permit application estimates the value of the expansion at under $6 million. A second application filled concurrently is for around $600,000 of interior work, including sewage. The Crook County Building Department told the Bulletin that it is one of many permits expected.

“We’re excited to see the beginning of the last portion of the building,” Crook County Commisioner Ken Fahlgren told the newspaper.

Crook County requested an expansion to the city’s urban growth boundary to accommodate the potential new data center nearby. It requested changing the zoning from exclusive farm use to light industrial.

The Bulletin discussed the impact of data centers on the Central Oregon community. Prineville at one point had the highest unemployment rate in the state. Beginning 2010, it had a 3-year stretch where it attracted data centers by Facebook and Apple. The data centers helped turn the local economy around and triggered several other projects in recent years.

The speed at which Oregon worked to fix a controversial central assessment tax is further indicative of the importance of data centers to the local economy. While they are not massive job creators directly, the economic benefits go beyond a data center’s walls as they often kick-start the local tech scene or attract other projects.

A nearby example of the change data centers can bring to rural communities is Quincy, Washington.