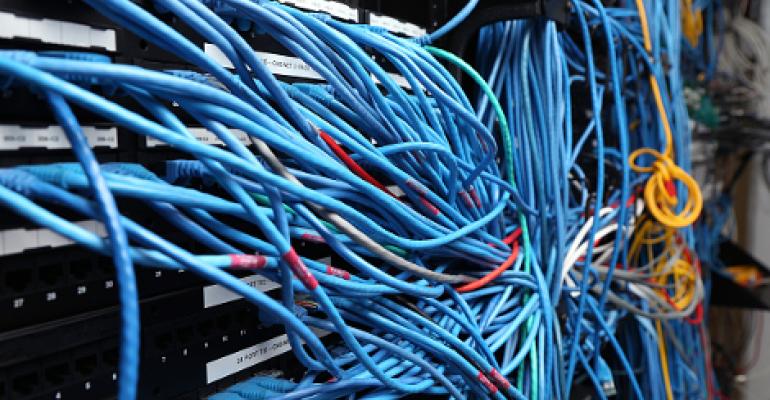 As data center network density grows, one unintended consequence that has the potential to impede further growth is physical design of the data center switches themselves. The optical module, the place where Ethernet cables plug in, has grown physically denser to a point where cooling the switches has become problematic.

A new industry consortium has been formed to standardize on a different data center switch design that will move the optical module from the switch faceplate inside the system, where it can be mounted onto the motherboard, allowing for better airflow and improving energy efficiency as a result. Besides more efficient use of cooling, bringing the modules closer to network silicon reduces the amount of power the chip needs to interface with the modules.

The Consortium of On-Board Optics (COBO) was officially formed in March and held its first meeting in Santa Clara, California, this week. One of the founding members is Microsoft, which is an example of a company that would benefit the most from even the most incremental efficiency improvements in switch design due to its massive scale.

“At this scale, a change that may seem insignificant when you look at one switch or one network interface card gets magnified by the million or more devices we have in our networks,” Brad Booth, principal service engineer for networking at Microsoft, wrote in a blog post.

In addition to Microsoft, members include numerous major network equipment and processor vendors. The list includes Cisco, Juniper, Broadcom, Mellanox, Arista, Dell, and Intel, among others.

COBO’s first order of business will be to create a set of standards to define electrical interfaces, management interfaces, thermal requirements, and pinouts to allow for interchangeable and interoperable optical modules that can be mounted or socketed on the network switch or adapter motherboard.

The data center industry is going through a phase of significant rethinking of the norms, a lot of which has been driven by the likes of Microsoft, Google, and Facebook. The momentum behind Facebook’s Open Compute Project has illustrated that there is pent-up need in the market for hardware that is different from the products leading vendors have traditionally supplied.

It is now beyond buzz. Numerous large enterprises, including a handful of major financial institutions, are either testing Open Compute servers or getting ready to deploy it in production.