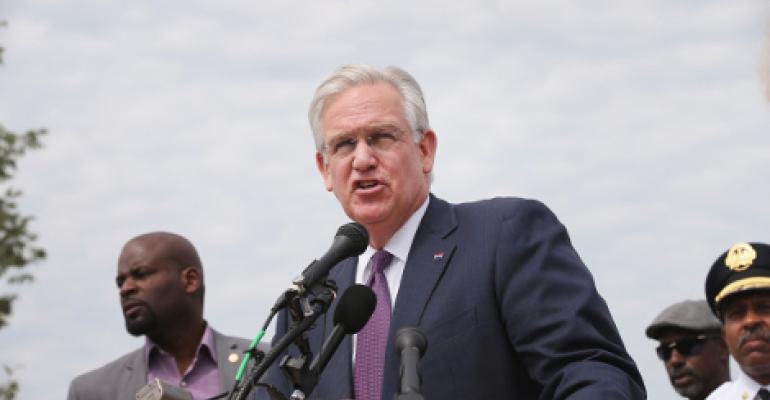 Some key changes to the bill this time around has Governor Jay Nixon happy to pass tax exemptions in the state.

Missouri has approved data center tax incentives, following previous attempts that came up short. Governor Jay Nixon signed a bill passing the incentives thanks to some key differences this time around.

The features that made it more favorable include a minimum investment, job creation requirements, and a ceiling cap. “It’s a more fiscally responsible law,” said David Orwick, an attorney whose practice focuses on real estate and construction industries and specializes in data centers.

The new incentives require a $25 million investment and 10 jobs for new data centers and an investment of $5 million and five new jobs for expansions. The jobs must be high quality and pay 150 percent more than the county average wage to qualify. Benefits provided are based on an economic model. These thresholds can also pertain to the data center developer and user.

Orwick believes previous attempts failed in part because the bill was tied to other incentives government couldn’t agree on. “Since this incentive was always tied, it never made it through. It passed this time because it stood on its own – capped at the net fiscal benefit to the state. They can now point to this as a revenue-neutral event.”

Data center provider Cosentry, which does business in the Midwest with two facilities in Missouri, also saw the news as favorable.

"Based on Cosentry's experience in Nebraska and Kansas, we think the new data center tax laws passed in Missouri will help drive more business and job growth in the state," said Cosentry CEO Brad Hokamp. "More importantly, the new laws will also benefit our end customers who are considering utilizing our multi-tenant data centers in St. Louis and Kansas City, as the cost to build will be lower."

The state recognized that job creation is fairly modest with data centers, but that they provide high-paying, quality jobs.

“It’s not necessarily the direct job creation, it’s the ripple effect it has on other jobs and other aspects of the community,” said Orwick. “If a data center has only 10 people working directly, when you count vendors coming in to service, individual users of colo space, and the employees servicing those fields, the ripple effect is huge."

While Nixon vetoed a previous attempt pejoratively, calling it “Friday Favors,” the measures weren’t ready because they were arguably too broad.

“Consistent with the fiscally responsible approach to economic development we’ve pursued from day one, this bill will help attract high-tech data center investments and jobs – without putting our budget or taxpayers at risk,” the governor told The Missouri Times. “I thank the General Assembly for including the safeguards and accountability measures necessary to protect taxpayers.”

Taxes are just one of many factors when determining where to build. Missouri also touts good connectivity, climate, and is considered a pro-business state overall. There’s also a free-cooling opportunity for about half the year, according to NOAA.

For those looking into bunker-style data centers, there’s also an abundance of underground sites in the state. One big recent project is LightEdge's SubTropolis.

Missouri’s industrial electricity costs are about 10 percent lower than the U.S. average, according to The Missouri Partnership in a 2013 study. However, much of that is generated by coal. Despite Missouri being an optimal environment for wind power, according to NRDC, a state map shows there is very little activity in Missouri despite significant activity in surrounding states.

Missouri has established a Renewable Energy Standard that will require 15 percent of the state's energy to come from renewable sources by 2021.

Big data center projects have spurred renewable energy before, as exhibited in North Carolina, so there's a chance for industry sway to do something good there.

In terms of multi-tenant data centers, St. Louis is home to 365 Data Centers, midwest-focused player Cosentry, and Ascent calls it headquarters, to name a few.

Minnesota and Arizona have done particularly well with attracting data centers following the institution of tax rebates, so Missouri should benefit as well.