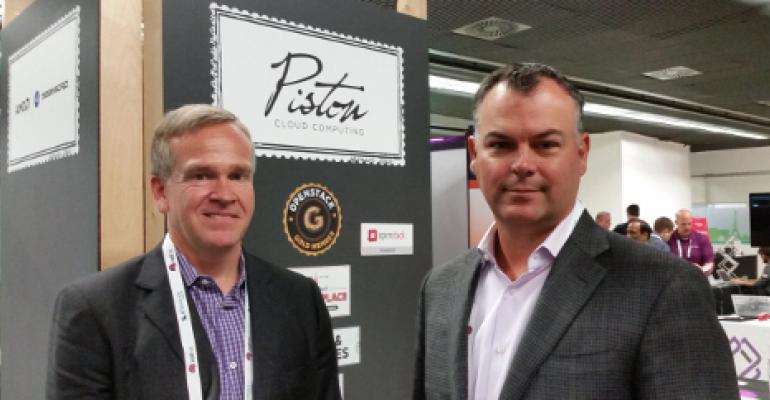 Seeing opportunity to expand its capabilities beyond OpenStack, Piston Cloud Computing has enabled its CloudOS software stack to support deployments of Hadoop and Spark, the popular open source platforms used by big data analytics applications. Support for Docker-container orchestration tools, including Docker Swarm, Mesos, and Google’s Kubernetes, is in the works as well.

The aim is to provide a platform that gives users a simple way to deploy and use any of the above open source software on commodity servers. Like many other vendors today, Piston wants to give companies that are not quite as large as Facebook or Google data center infrastructure capabilities the likes of Facebook and Google have.

Until now Piston has been a vendor that helped companies stand up private OpenStack clouds. As the recent demise of OpenStack vendor Nebula illustrates, however, it’s hard to build a sustainable business on OpenStack alone.

Mirantis, another example of an OpenStack solutions provider, has recently joined the Cloud Foundry Foundation to get in front of more companies selling distributions of the open source Platform-as-a-Service software that need an infrastructure layer underneath, which a company like Mirantis can offer.

OpenStack plus something else appears to be key in this space, and Piston has a fairly ambitious plan for the something-else part. It is now positioning its software, called CloudOS, as a platform that can be used to deploy lots of tools for the modern data center, not just OpenStack.

As Piston CEO Jim Morrisroe put it, the latest release of CloudOS will offer “the same push-button style of deployment … for other modern use cases and frameworks.”

So far, the company is not planning to create its own distributions of Spark and Hadoop. The new version of its software, CloudOS 4.0, ships with Apache Hadoop 2.6 and Apache Spark 2.2.

“Ambitions down the road are to have choices both open source and commercial for those scenarios,” Morrisroe said. When Piston does go down that path, it plans to use distributions by established vendors. “Any commercial distributions will be in partnership with folks that are in that business full time.”

One big goal is to ensure fungibility of the infrastructure. If a user needs to scale their OpenStack cluster, they should be able to use that same hardware for Hadoop or Spark if the need arises.

Morrisroe described Piston’s customers as “large web companies but not necessarily the largest.” These are companies that want to build fungible infrastructure on commodity hardware the way internet giants do but unlike the giants, who have the resources to do everything in-house, they need a helping hand.

There are also more traditional enterprise customers. The U.S. Department of Agriculture is one example. The customer’s development team is involved in most enterprise deployments, Morrisroe said. Very often these are “line-of-business” or specific application projects, where DevOps engineers are trying to keep pace with armies of software developers.

Nebula going out of business, Mirantis testing the PaaS waters, and Piston adding Hadoop capabilities are not necessarily signs that OpenStack is on its way out. “There are very large production deployments of OpenStack, including on top of CloudOS, that are on the way,” Morrisroe said.

Now that established IT vendors – the likes of HP, IBM, and Cisco – are heavily invested in OpenStack, they are pulling the open source cloud project toward legacy enterprise workloads, which is a different direction from the “cloud-native” users Piston has been after, he said. “In many ways the OpenStack community has pivoted toward enterprise use cases.”

It’s difficult for a newcomer to compete in the enterprise market, where “incumbent” vendors have huge install bases and deep decades-long relationships. Piston has chosen new-generation workloads as the way forward, and there are many more of them than just private OpenStack clouds.