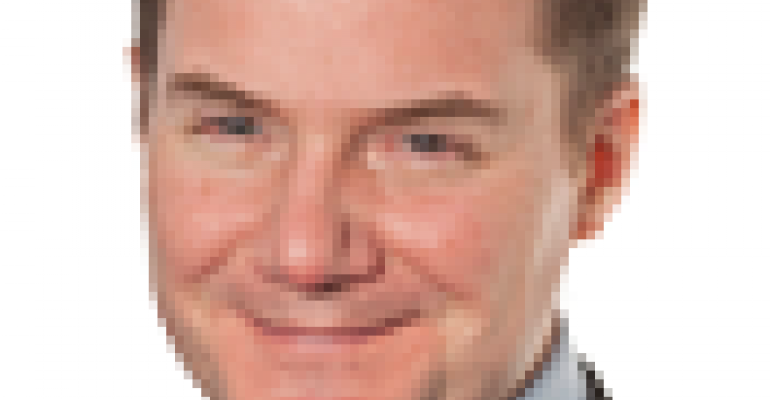 Ian McVey, Director, Enterprise and Systems Integrators Segments, Interxion, has more than 15 years of industry experience in a variety of strategy, sales and marketing roles at Microsoft, Cable & Wireless and LEK Consulting.

When it comes to IT infrastructure decisions, including the choice of where to host business-critical applications, enterprises are amid a reality check.

Enterprise IT leaders know it’s time to move on from the days when computing models were built exclusively on mainframe and client server computing models, but they’re still working out what the next model will actually look like, based on the large-scale adoption of cloud computing.

Many think the next era of computing will be rooted in hybrid infrastructure, in which legacy systems and other on-premise infrastructure integrate and interconnect with cloud-based workloads and applications - multi-sourcing of compute resources.

The challenge with predictions is obviously that they are based on opinions and assumptions. So to get to the facts, Interxion and IDG Connect commissioned an independent survey of 625 IT decision-makers across Europe to investigate questions including:

The results produced findings that demonstrate the importance of the data center in cloud’s evolution.

By 2016, 85 percent of all enterprises will have adopted cloud services to some extent, with 80 percent of those enterprises choosing a hybrid IT model. Our view is that the first wave of enterprise cloud adoption began with specific applications and workloads, often in an SaaS deployment model. This wave has already happened.

Today, we’re in the second enterprise cloud wave that will involve the large-scale transition of workloads to the cloud in the form of IaaS or PaaS. This wave will feature hybrid IT and is expected to happen over the next five years.

But as appealing and as likely as a cloud-based future is for enterprises, there are still obstacles to be navigated before widespread adoption.

According to our survey the barriers enterprises face to cloud adoption include security (53 percent) and network performance (47 percent).

These inhibitors shouldn't be surprising. Whenever enterprises have to sacrifice control over their information to another party, as they do when they rely on the cloud, they're going to be concerned about compromising security and performance.

However, the big question isn't really, "What problems are holding up cloud adoption?" but rather, "How can enterprises resolve these networking issues?"

The survey clearly shows that there would be a 69 percent increase in cloud-based workloads if these networking issues could be resolved.

The Role of the Data Center is Changing

Data centers are becoming the connection point between traditional IT and various cloud platforms, and colocation data centers are increasingly being recognized by enterprise IT departments as the ideal locations to build their hybrid IT solutions.

Colocation facilities offer a combination of connectivity options, such as private connections to the major cloud platforms, Internet, IP Peering (via Internet Exchanges) and access to all major WAN providers and local and international private cloud providers within the facility.

This connectivity and cloud-rich environment simplifies the task of enterprise IT departments to architect their own hybrid IT solutions.