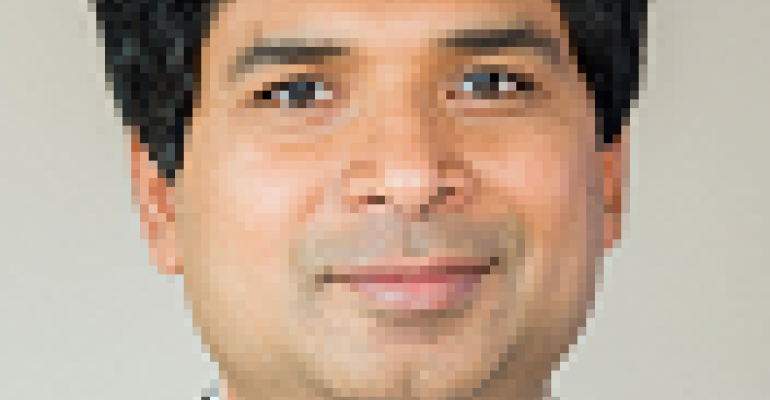 Migrating to Windows Server 2012 and Updating Your Infrastructure in 2015

Explosive data growth, increased mobility, globalization, virtualization and regulatory demands are forcing IT to rethink how they address challenges within their organizations.

Ravi Pendekanti is Vice President of Server Solutions Marketing at Dell, Inc. His organization is responsible for developing and bringing Dell’s flagship line of PowerEdge Servers and Converged Infrastructure systems to market.

In 2003—the same year a Harvard undergrad named Mark Zuckerberg began development on Facebook and the first convergent Blackberry smartphone was introduced—the rise of cloud computing was still years away. It would be even longer before the terms “big data” and “BYOD” reached the common parlance.

It was during that simpler time that Microsoft released the Windows Server 2003 OS, on a CD, for Intel Xeon and Itanium 2 processors. At the time a somewhat “beefy” hardware configuration for a server running the OS was a processor in excess of 900MHz, with 512MB of RAM and a SCSI drive array with at least three 20GB drives.

Needless to say, the IT landscape has changed drastically since then. Explosive data growth, increased mobility, globalization, virtualization and regulatory demands are forcing IT to rethink how they address challenges within their organizations. And with extended support for Windows Server 2003 ending on July 14, 2015, there is no better time than now to build a new, more flexible environment with Windows Server 2012 R2 and modern server infrastructure.

While migrating to Windows Server 2012 R2 may be inevitable, it’s also a good move – and not just because of the potentially costly regulatory and compliance issues and heightened security threats from remaining on an unsupported OS. It’s a good opportunity to benefit from advances in new technologies.

Some of the new features added in Windows Server 2012 R2 – that were not available in Windows Server 2003 – include scalable, feature-rich virtualization via Hyper-V, the addition of network virtualization to isolate network traffic from different business units or customers on a shared infrastructure, high-availability, affordable storage, improved management, dynamic access control and support for hybrid applications.

To get the most out of this software investment, customers should look to pair it with the best of breed hardware. Windows Server 2012 R2 is optimized for some of the hardware features in the latest Intel Xeon processor platforms such as increased density, greater memory capacity, I/O optimization, enhanced reliability and security, and energy efficiency. As a result, today’s servers can speed application performance, empower workloads for any scale and simplify systems management.

Even with Windows Server 2003 end of extended support rapidly approaching, many data centers have yet to upgrade their operating environment. Migration can appear to be a daunting process but once organizations decide to refresh their server infrastructure and migrate to Windows Server 2012 R2, there is a general three-step process to follow: Assess, Integrate and Migrate (AIM).

Modern Technology Will Protect and Maximize Your Investments

Although some organizations might approach migration with the sense that their hand has been forced, it’s undeniably an advantageous move. The data center of today is highly flexible, with efficient and reliable systems perfectly geared toward making life easier for administrators, employees and customers. It not only enables cost savings, but is optimized for growing into the future and creating new business opportunities.

The time to invest in modern infrastructure is now. Even if migration isn’t exactly your choice this year, it’s a move you definitely won’t regret.