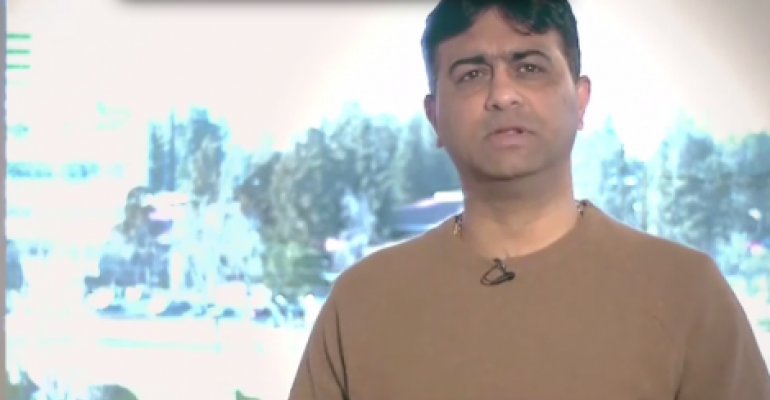 Company exits stealth with a platform that takes a distributed, software-defined approach to storage

After three years in stealth, software-defined storage company Hedvig wants to change the way enterprises approach and architect storage. The storage startup plans to spend the $12.5 million recently raised from investors that include Atlantic Bridge Capital, True Ventures, and Redpoint Ventures on further development of its distributed storage platform.

The new platform lets cloud and data center professionals consolidate storage of any type, in any location—on premise, and in private or public clouds—into a virtualized pool.

It also enables complete protocol consolidation by collapsing several layers of the storage stack into a single software platform, resulting in faster provisioning time, lower costs and a more flexible storage picture. The company claims it provides the ability to scale from several terabytes to petabytes.

Companies like Hedvig look to help companies avoid the need for constant refreshing by providing a platform that makes commodity storage more future proof by pooling resources. Software-defined storage in general means the answer for enterprises isn’t necessarily a hardware refresh, but rethinking storage as a distributed system and pooling commodity storage together with software. As a distributed system, organizations can increase capabilities as needs evolve without having to refresh or reset their storage architecture.

“Storage platforms that were built just five years ago cannot handle modern workloads which are complex, heterogeneous and spread across internal data centers and the cloud,” said Brian Long, general partner at Atlantic Bridge in a press release. “To keep up with this rapid pace of growth and change, storage platforms must now be software defined. They must also be scalable, streamlined and most importantly, flexible enough to make instant provisioning changes.”

Hedvig wanted to announce its platform earlier but decided to wait until the product was proven and being used by customers.

“We considered launching the company at the seed round stage more than a year and a half ago, but many industry experts did not believe what we were doing could be done so it didn’t make sense to publicize our company until our platform was proven and in production at several customer sites,” said Hedvig founder and CEO Avinash Lakshman in a press release.

Lakshman said that the Hedvig platform looks like infrastructure that Google, Amazon and Facebook run internally but is packaged in a way that makes it accessible to any enterprise.

The big web scale companies continue to lead the way in re-architecting IT, with many startups attempting to bring their innovations over to the business world. Lakshman has built distributed computing systems at Facebook and Amazon including Cassandra and Dynamo platforms. Hedvig takes that distributed systems approach and applies it to storage.

“I think we can all agree that software-defined storage is the future, but Hedvig tackles the problem from a very unique, distributed systems approach,” said Puneet Agarwal, Partner at True Ventures in a press release. “We look forward to seeing the company grow and pave the future of modern storage.”

Forrester Research believes the software-defined storage market will reach $13 billion by 2020. Four out of five enterprises today are looking at SDS.

Other startups with software defined storage platforms include Springpath, a company founded by VMware vets that recently raised $34 million; and Intel Capital-backed Maxta, provides a storage platform that turns standard servers into a converged compute and storage solution for virtualized environments.