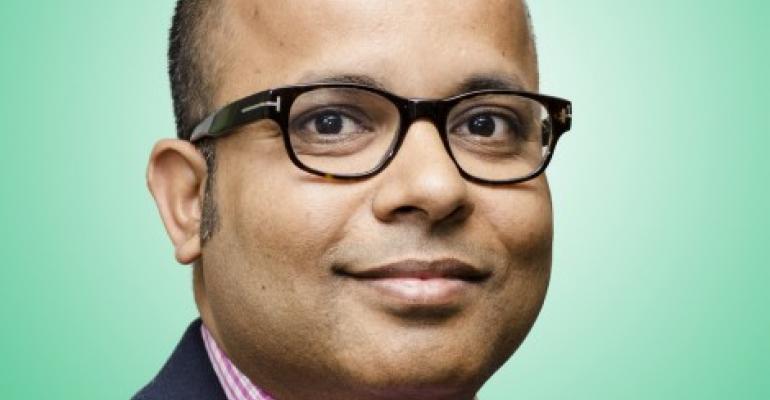 Rubrik received $10 million in an oversubscribed Series A round led by Lightspeed Venture Partners and others. The company provides a converged data management system and platform with hardware that offers ample backup and recovery-related functionality in one package.

With an eye toward simplification, Rubrik dubs its offering “a time machine for cloud infrastructure,” that fuses data management with web-scale IT, eliminating the need for disparate backup software and acting as an all-in-one-box.

The box takes up two rack units and provides backup, de-duplication, compression and version management. Plus, data can move over to public clouds like AWS once it’s ready.

Industry analyst firm IDC estimates that businesses will spend $47 billion in 2015 on infrastructure to protect data, manage disaster recovery, enable DevOps, and archive for compliance and long-term retention. Convergence is occurring across the landscape in a bid to challenge legacy architectures.

In the storage, backup and recovery worlds, Rubrik enters an increasingly crowded field of companies looking to unite several types of data functionality, previously available as only separate software offerings, into one.

The later-stage Actifio, object storage Exablox, hybrid storage startup Reduxio, and Nutanix all combine several features into one, albeit with different approaches. Nutanix, for example, focuses on the primary environment while Rubrik focuses on the secondary environment.

Rubrik is also competing with giants like EMC, which is increasingly reimagining enterprise IT architecture. There are also larger converged infrastructure plays like VCE and SimpliVity that extend beyond data management and converge other functionality.

Rubrik Co-founder and CEO Bipul Sinha brings much experience in the world of convergence, acting as founding investor and board member in Nutanix and scale-out storage provider PernixData.

“For years IT has been forced to stitch together legacy pieces of infrastructure to manage data through the application lifecycle, from recovery to provisioning production replicas for DevOps,” said Sinha in a press release. “Today we are excited to announce the first act in our product journey. We have built a powerful time machine that delivers live data and seamless scale in a hybrid cloud environment. Businesses can now break the shackles of legacy and modernize their data infrastructure, unleashing significant cost savings and management efficiencies.”

Experience at Rubrik extends beyond Sinha. Co-founder and VP of Engineering Arvind Jain was a Google distinguished engineer and founding engineer of Riverbed Technology.

“There is a huge opportunity to disrupt the secondary environment, which is the foundation of enterprise IT,” said Ravi Mhatre, partner at Lightspeed in a press release. “We invested in Rubrik because of the exceptional caliber of its leadership team and game-changing technology in a market that has remained stagnant for more than a decade.”