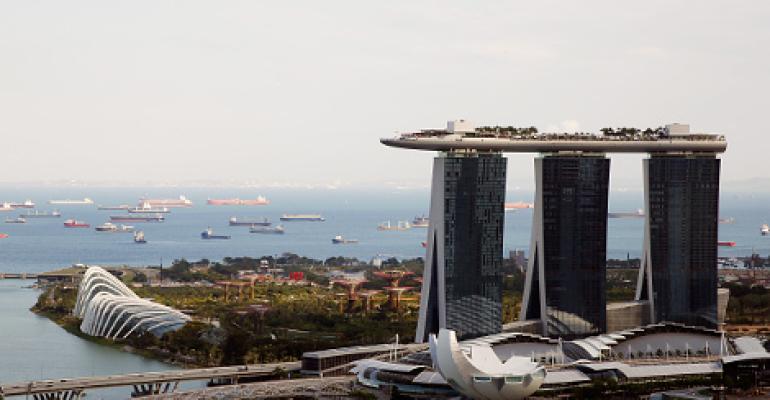 Fujitsu has opened a data center location within Equinix Singapore. The company will offer cloud services out of the location, and plans to add cloud connectivity services to other clouds via Equinix’s Cloud Exchange.

The data centers offer both private and public cloud, dubbed Fujitsu Cloud IaaS Private Hosted service and Cloud IaaS Trusted Public S5. Other public cloud Fujitsu data centers are located in Australia, the US, the UK and Germany, in addition to an existing Singapore location.

Fujitsu cited familiar reasons for choosing to expand in Singapore, such as low-level of natural disaster related risks, and the country’s role as a network hub in the region. Singapore is strategically important for multi-national companies because of its location and connectivity. In-country needs are also growing, particularly in the financial services and government sectors.

The Equinix Platform is centered on cloud and network connectivity, and will help Fujitsu expand in this regard. Equinix has also received accreditation by the BCA Green Mark Scheme.

Fujitsu has over one hundred data centers globally dispersed with well over 1.5 million square feet of space.

“The new datacenter will offer not only the current lineup of cloud and other datacenter services, but also new cloud service functionality which is now under development,” said the company in a release. “Furthermore, by enabling inter-database connectivity to the cloud services of other major companies, Fujitsu will answer the needs of its diverse clientele.”