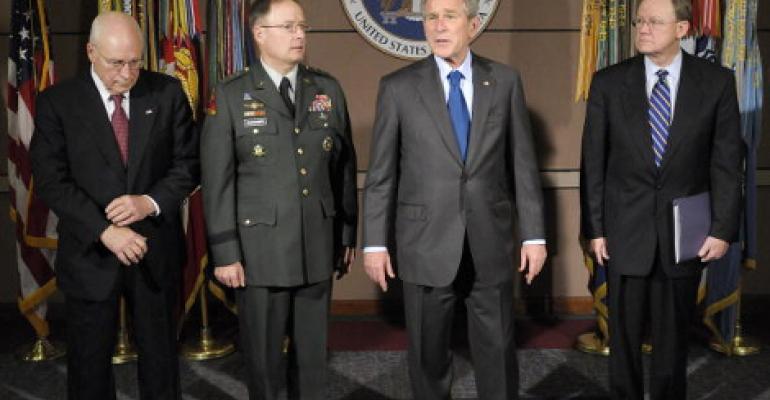 In a speech at the University of Missouri on Thursday, former NSA director Mike McConnell revealed that China has been playing a major role in security breaches at US companies.

McConnell said that the malware used by Chinese hackers allows them to access information at will and steal critical information including business plans and blueprints. An indictment in May 2014 accused Chinese hackers of stealing proprietary information from a nuclear power plant, steel plant, and solar energy company.

“The Chinese have penetrated every major corporation of any consequence in the United States and taken information,” said McConnell in the speech. “We’ve never, ever not found Chinese malware.” Chinese hackers are suspected of several major data breaches. In August 2014, Chinese hackers were suspected in a medical records breach exposing over $4.5 million patients at Community Health Systems. In November, China was accused of a breach at the USPS exposing 800 million government employees.

The implication to the US economy could be huge but not seen for years. McConnell said that during the Bush administration the Chinese government employed as many as 100,000 dedicated hackers while the US has that many spies in total. He said the Chinese government was stealing “planning information for advanced concepts, windmills, automobiles, airplanes, space ships, manufacturing design, software.”

“Several hacking experts who consult companies on cybersecurity backed up the idea that Chinese hacking is widespread. But they doubt every single major US company has been broken into by Chinese government operatives. For example, since 2012, consulting firm EY has found evidence that China hacked into several well-known companies, including a major US medical research facility that conducts clinical trials and a large heavy equipment manufacturer,” according to CNN. “But EY consultant Chip Tsantes said the Chinese haven’t burglarized every firm. ‘I can’t say that’s true for every single one,’ he said. ‘If that was true, the Chinese would have the formula for Coke, and they don’t.’”

Relations with China regarding technology are becoming even more strained over the last couple of months. The government recently proposed a bill that would require technology firms to hand over source code and encryption to the Chinese government. The proposal came as China removed several large US IT companies, including Cisco and Apple, from a list of approved government service.

New banking rules already in place in China require that 75 percent of technology products used by banks must be classified as “secure and controllable” by 2019. As part of receiving this designation, technology companies have to turn over source code to the government.

Not surprisingly,these ideas have been met with much resistance. Backlash from the US has caused the Chinese government to reconsider at least one bill, on Friday it announced a third reading of a counter-terrorism bill is on hold.

This story originally appeared at http://www.thewhir.com/web-hosting-news/china-hacked-every-major-us-corporation-former-nsa-head-says