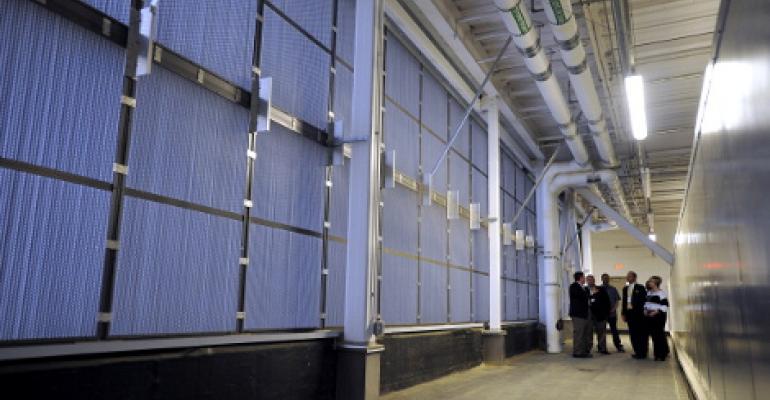 Intel announced a new Xeon processor D product family, the first venture for the Xeon on a low power System-on-Chip (SoC). The Xeon processor is the work horse of the data center, and by extending it into a 64-bit SoC Intel offers a dense, low-power processor for telecoms, hyperscale data center operators, and architectures such as microservers, storage, network, and Internet of Things.

Facebook is one of the first users of the SoC. The two companies collaborated on designing the latest Facebook server called Yosemite and a server card called Mono Lake that is based on a Xeon D SoC. The companies announced they would contribute Yosemite and Monolake to the Open Compute Project, Facebook's open source data center and hardware design initiative. They announced the Xeon SoC family and the latest Facebook server at this week's Open Compute Summit in San Jose, California.

With four- and eight-core microserver-optimized 14nm SoCs launched this week, Intel says it will have a broader portfolio of chips in this line available in the second half of the year. New Xeon D-1520 and D-1540 processors feature x86 cores with two integrated 10GbE ports and integrated IOs (PCIe, USB, SATA), according to Intel. The company also notes that server-class Xeon features come with the new D line, such as support for error-correcting code memory, Intel virtualization technology and Intel Advanced Encryption Standard-New Instructions (AES-NI).

Taking on the data center edge and network markets, where ARM-based designs are plentiful, Intel leverages the Xeon's clout. With the Intel D announcement Intel also launched over 50 new Xeon D server designs from companies such as Cisco, HP, NEC, Quanta, and Supermicro. The company also showcases the power of the Xeon D compared to its own second-generation 64-bit SoC Atom C2750, noting that it delivers up to 3.4 times faster performance per node and up to 1.7x better performance per watt.

"The growth of connected devices and demand for more digital services has created new opportunities for information and communication technology," Diane Bryant, senior vice president and general manager of the Data Center Group at Intel, said in a statement. "By bringing Intel Xeon processor performance to a low-power SoC, we're delivering the best of both worlds and enabling our customers to deliver exciting new services."

Yevgeniy Sverdlik contributed to this report