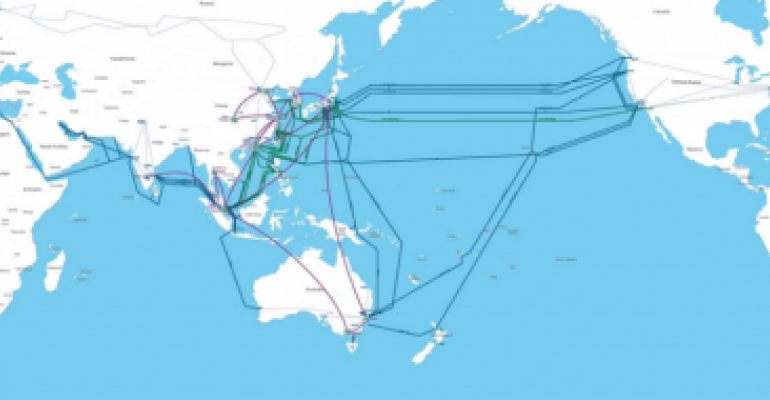 Pacnet, the Hong Kong-based telco that operates globally, is one of the companies leading the pack in employing software defined networking to provide services to their customers. Today, the company announced another step in that direction -- deployment of Infinera’s new Open Transport Switch software. The integration of OTS extends software-enabled network automation into the optical layer, meaning lower latency, high transfer speed, and guaranteed performance for much bigger network capacity.

Software defined networking allows a user to easily carve out what they need from their network through software. The technology is more advanced inside the data center than outside (the WAN), and not many service providers offer commercial SDN. Pacnet, through a past Infinera partnership, took somewhat of a lead in offering dynamic bandwidth to customers, and OTS extends that lead.

PEN was initially launched in late 2013. It was an early commercial SDN-based service delivery platform for Layer 2 Ethernet. The on-demand Layer 2 services are available from 1 megabit per second up to 10 Gbps. New dynamically provisioned Layer 1 bandwidth is available in increments of N x 10 Gbps, according to Pacnet.

The SDN platform is deployed across a company-owned 100-Gbps-enabled Trans-Pacific and Asian submarine network in the Asia-Pacific region.

Pacnet said it integrated and deployed OTS and PEN in a few months rather than the 12-24 month period it normally takes to develop these services by using DevOps methodology.

Capuano said that another interesting feature Infinera delivered is Hybrid Control Mode. "Pacnet already has our platforms deployed in different regions running production services with Service Level Agreements," he said. "With hybrid control they can identify the pool of available resources. It’s a nice way to migrate to SDN."

Infinera said it has tuned its recent products to appeal to DevOps, and the increasing number of service providers that want to both implement and appeal to customers that use the approach. The software defined data center is infrastructure tuned for DevOps, with capabilities to provision and change infrastructure through software growing every day.

"The growth of traffic, the dynamism of cloud services, increasing need for end-user control of virtualized networks with SDN are going to be key," said Capuano. "We believe Infinera has the obvious solution for DevOps service provider."

OTS was designed from the ground up with an IT mindset, he said. Infinera offers what is fundamentally an abstraction layer that can plug into any controller. It is a lightweight and open web 2.0 architecture, and service providers can rapidly integrate new features as they go.