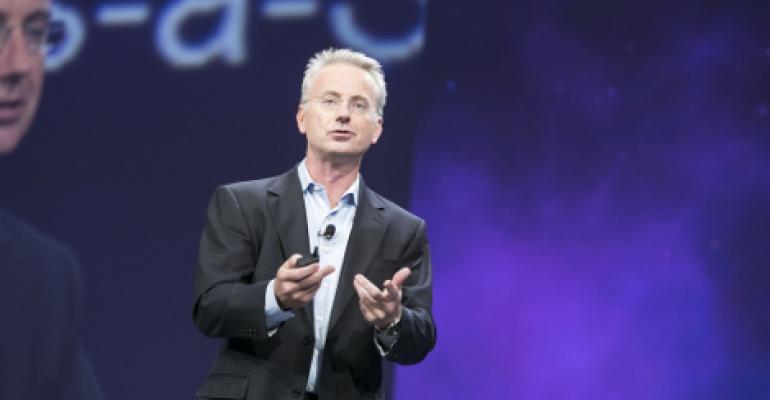 VMware has added a powerful new capability to its public cloud services. About 30 vendors are now offering virtual network functions as services delivered on top of VMware's vCloud infrastructure.

Network Function Virtualization is a way to package functions traditionally performed by specialized physical appliances into virtual machines that can run on any physical server, or, as VMware has now illustrated, in a public cloud. Besides cost savings that come from not having to buy and install physical appliances, such as firewalls, network accelerators, or load balancers, the big promise of NFV is agility – a way to quickly configure the network for faster service delivery.

The company made the announcement at this week’s Mobile World Congress in Barcelona, where NFV was in the spotlight. Juniper and Amdocs showcased a solution that delivers Juniper’s virtual router and firewall as virtual network functions running on customers’ premises. Spanish telco Telefonica together with Alcatel-Lucent demonstrated video streaming and videocall services delivered over LTE using a variety of virtual network functions.

The new services on VMware's cloud infrastructure -- there are about 40 different virtual network functions -- are aimed at network service providers, which have recently been attempting to differentiate by providing a wide variety of services. Such agility helps them create and deploy new services much faster than they have been able to do traditionally.

vCloud for NFV includes cloud compute, network, and storage resources. The company plans to add support for OpenStack in the near future. VMware has its own distribution of the popular open source cloud infrastructure software.

One of the service providers taking advantage of vCloud for NFV is Vodafone, the London-based telecommunications giant. The company is using the cloud to provide several of its Telco Cloud services.

Corrected: A previous version of this article incorrectly said that VMware was providing virtual network functions as parts of its vCloud service portfolio. The VNFs are actually provided by the 30 or so vendors using vCloud as the underlying infrastructure. Data Center Knowledge regrets the error.