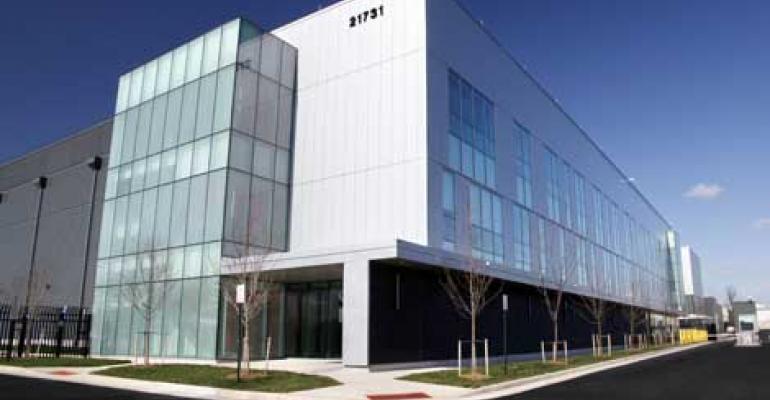 It will bring the total to 10 million square feet for the global services provider, which promotes its connectivity and colocation space offerings as a way to distinguish itself from other companies in this arena.

“We’re the odd company in the sense that, although we’re a data center operator, we’re an interconnection company, and colo comes for a ride,” Jim Poole, vice president, Global Service Providers, at Equinix, said.

The connectivity value proposition becomes stronger as workload delivery changes. Hybrid infrastructure means that traffic patterns have changed, and the WAN is following in tow.

Poole said that as enterprises adapt colocation to hybrid and multi-cloud scenarios, companies are migrating larger back-office needs to Equinix data centers to cut down on data exchange between the proprietary environment and cloud providers.

Equinix is rolling out Business Suites at its new facility in New York, a product that sits between retail and wholesale colocation. These are dedicated suites, or as Poole explained, “standard domain in wholesale, but in wholesale, you have to operationalize it yourself.”

The Business Suites are in response to customers who have high connectivity needs but larger data center needs than retail colocation is suited for.

Just the second market in the U.S. to offer Business Suites, New York joins Ashburn, Virginia, and some locations in Europe and Asia-Pacific.

The Redwood City, California-based company also does a lot of business with financial services companies in New York, which stands to grow further. “More and more asset classes are going to electronic trading,” said Poole.

Equinix is building a third data center on the Singapore campus and its biggest facility in the Asia Pacific market. “Singapore is only second to Ashburn [Virginia] from an interconnection perspective,” said Poole.

Melbourne, Australia, is a relatively new market for Equinix. Its first data center there went live recently, with more than 30 customers taking space. “This expansion resulted at the request of many customers because it’s an economic center for Australia,” said Poole.

Building to Maintain Lead in Europe

Slough, a London suburb, is a big financial services hub for Equinix, especially considering that many of these firms are shifting from more power-challenged data centers in London to Slough, according to the company.

While the blockbuster merger between Interxion and TelecityGroup and NTT’s acquisition of e-shelter in Germany are changing the European data center market, Equinix had previously gone from third to first over the last three to four years. Much was based on organic growth, outside of a key Ancotel acquisition in 2012. Poole attributes the increase to interconnection and a natural tendency for American multinationals to attract other multinationals.

In Toronto, the new Equinix data center is close to 151 Front Street, the center of the city’s algorithmic trading facility. Equinix retrofitted an old factory there, though it was able to use the existing slab.

“In the case of Toronto, we found the right building, in a downtown area close to the existing hub, which was very attractive,” said Poole. “Toronto has many large data centers on the outskirts of the city. However, people like to expand as close [as possible] to the original for latency purposes.”

All five expansions are key strategic locations meant to capture the changing nature of IT and its changing connectivity needs.

“Cloud adoption is forcing traffic out of telecom buildings and to sites like ours,” said Poole. “At some point, there’s a tipping point: Do I want things talking in a WAN, or do I take the chatty bits and move them? [Network and Cloud Hubs] form a natural gravity, if you will, of enterprise.”

This enterprise trend is also contributing to the success of Equinix’s Performance Hub offering. “One of the first steps in that is WAN redesign,” said Poole.

Redesigning the network is the first integral step before enterprises are ready to move back-office systems. That one step alone can bring down costs significantly.

Connectivity is a large reason why The Wall Street Journal coined the term “the Internet’s Biggest Landlord” for Equinix and also the reason the company has historically been immune to market pricing weakness.

It’s about return on investment, said Poole. “The thing I say to service provider customers is, ‘If you’re not making money, you shouldn’t be here.’”