https://www.datacenterknowledge.com/sites/datacenterknowledge.com/files/logos/DCK_footer.png
Recent
Recent
Why Are Real IT Cyber Security Improvements So Hard to Achieve?
Jul 06, 2020
IBM Has Open Sourced Its Edge Device Platform and Wishes AWS and Microsoft Got On Board
Jul 02, 2020
American Infrastructure Said Exploring Sale of Landmark Dividend
Jul 01, 2020
Flexential Hires Equinix SVP Mallory to Lead Its Colocation Business as COO
Jul 01, 2020
Top 10 Data Center Stories of the Month: June 2020
Jul 01, 2020
Featured
Resilience in a Pandemic: Smaller Data Center Providers Hang On, Hold Fast
Jun 01, 2020
How the Data Center Technology Market Is Faring in the Pandemic
May 27, 2020
Microsoft Says It’s Built a Top-Five Supercomputer in the Cloud for AI
May 21, 2020
Rules Rewritten: Managing Data Centers Through the Pandemic
Apr 07, 2020 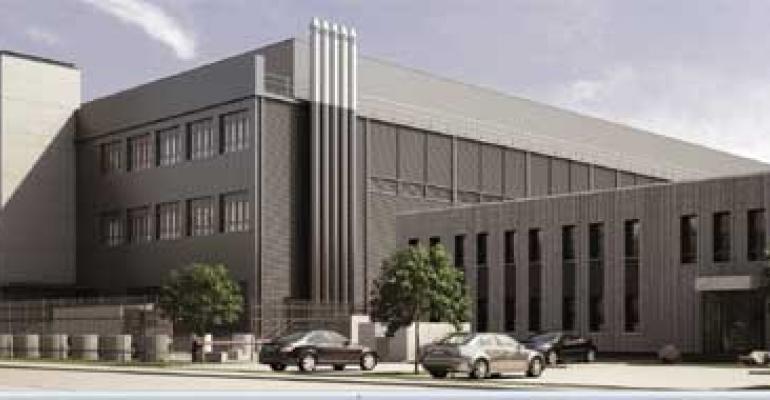 e-shelter opened this data center in Rüsselsheim, Germany in 2012
Business

Japan’s NTT Communications is reportedly in talks to acquire German data center service provider e-shelter, Nikkei business daily reported. The price tag is around $830 million, according to a Reuters report that cited an anonymous source.

It would give NTT a robust data center footprint in the German market, the second largest data center market in Europe. E-shelter has an almost singular focus in the market, with eight data centers in Germany. In the Frankfurt region alone, the company operates 650,000 square feet across three data centers. NTT operates data centers globally and has one data center in Frankfurt.

In 2010, the company bought South Africa’s Dimension Data for $3.2 billion to boost the data center business.

There has been a lot of activity in the data center market in Germany, and Europe in general. TeleCityGroup and Interxion are in the process of merging, creating one of Europe's largest data center providers.

Consolidation is expected among the European players with heavy footprints in singular markets to compete against those with international footprints.

Frankfurt is the main campus for e-shelter, with room for close to 650,000 square feet of data center and technical space. It consists of five free-standing buildings, the latest built in 2012. The company has a lot of planned growth in Frankfurt, with a planned expansion of close to 200,000 square feet.

Frankfurt 2 is one of the smaller facilities, at 20,000 square feet of data center supported by 3 megawatts. The first stage of Frankfurt 3 is close to 45,000 square feet. The second of a planned three stages started construction last year. The three additional stages combined will provide 190,000 square feet.

Vienna is another opportunity to grow. The first building went under construction last year. The company has a capacity of 20 megawatts in Vienna and is planning 260,000 square feet of gross floor space. Three planned building stages will create roughly 90,000 square feet of data center space.

Outside of Germany, the company owns a data center in Zurich, which received LEED Platinum pre-certification.