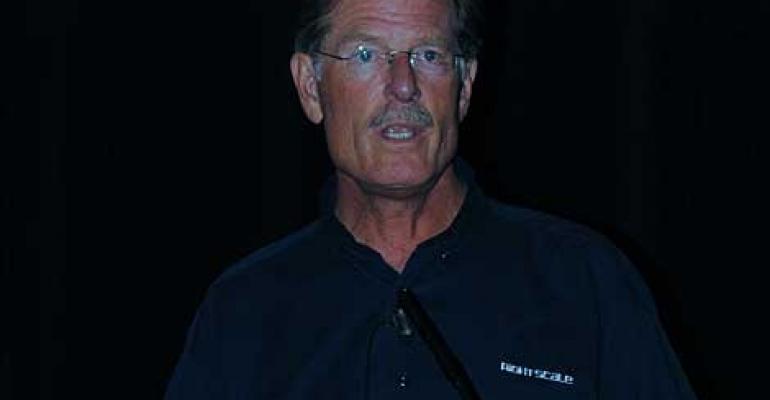 Cloud is about speed and agility above cost considerations, leading many to hybrid cloud, the similarly agile DevOps, and a focus on governance rather than cloud vs. no cloud

Hybrid cloud continues to gain momentum as the strategy of choice, and there’s lots of headroom for more growth, as most enterprises run less than 20 percent of workloads in cloud, according to a recent survey. DevOps is growing in tow, as enterprises and other types of organizations value speed and agility above all else.

RightScale’s annual State of the Cloud survey (free registration required) has served as a solid measuring stick over the years. A noticeable trend is continued rise of multiple cloud usage, whether public or private, and the rise of DevOps. The latter suggests operations need to evolve in addition to infrastructure itself.

Only a quarter of respondents are RightScale users, suggesting a more comprehensive picture rather than results skewed to favor RightScale’s business, which is multi and hybrid cloud management.

For 2015, more than 90 percent of respondents are using cloud, yet there remains significant headroom, with 68 percent of enterprises running less than one-fifth of their application portfolio on cloud infrastructure.

DevOps is to People as Cloud is to Infrastructure

Cloud is a sea change for infrastructure, and operations needs to follow, leading to growing DevOps adoption.

That operational influence can be seen with popularity of DevOps and Docker: both are prompting and supporting cloud growth. DevOps combines many of the roles of systems administrators and developers, driving greater collaboration and breaking down operational silos.

DevOps adoption was 6 percent in the 2014 RightScale survey, and 66 percent for the 2015 survey. A recent Rackspace survey saw nearly everyone (93 percent) using DevOps by the end of this year.

Cloud and DevOps are inextricably linked and complementary; both are about speed and agility. Faster access to infrastructure and scalability were most frequently reported as cloud benefits. DevOps is similarly about agility in operations. Docker is proving to be a handy tool in DevOps.

The least frequently touted benefits were moving CapEx to OpEx and cost savings (though both saw higher percentages of positive responses than last year). Both were cited as top benefits earlier on in the cloud adoption cycle. Cost is a consideration, but it is taking a back seat to speed and agility.

Over half of enterprises report a significant portion of existing application portfolio is not in cloud, but is built with cloud friendly architectures. Legacy applications remain but it appears they are either slowly being phased out or made ready for a cloud future.

Similarly, a Gartner report found that many enterprises are increasingly trusting SaaS for mission critical applications. Gartner noted that private cloud application growth will be nearly twice that of public growth (46 percent versus 24 percent) over the next two years, while RightScale’s findings show enterprise workloads largely remain in private cloud, while private cloud growth is anticipated to be slower than public.

Cisco’s Global Cloud Index from November is further confirmation that a significant majority of today’s workloads are processed in private cloud environment, predicting almost 70 percent of cloud workloads will be private cloud-related by 2018.

All recent reports and surveys have been universal in anticipating high growth in hybrid and multi-cloud usage. Private and public cloud growth does not have an inverse relationship like stocks and bonds have (at least in theory). They’re both growing.

I'm the Decider: Central IT vs. Business Units

"The tide of enterprise cloud adoption has shifted from shadow IT to strategic adoption led by central IT teams," said Michael Crandell, CEO of RightScale. "As enterprise IT has become more open to public cloud and more comfortable with cloud security, it is now in a strong position to broker cloud services to internal customers and drive cloud adoption forward. In the next year organizations expect to shift more workloads to cloud, with public cloud workloads growing faster than private cloud."

Cloud continues to shift from an alternative to core part of the strategy. Adoption is occurring, and growth in cloud usage suggests more successes than failures. The survey finds challenges decrease with maturity.