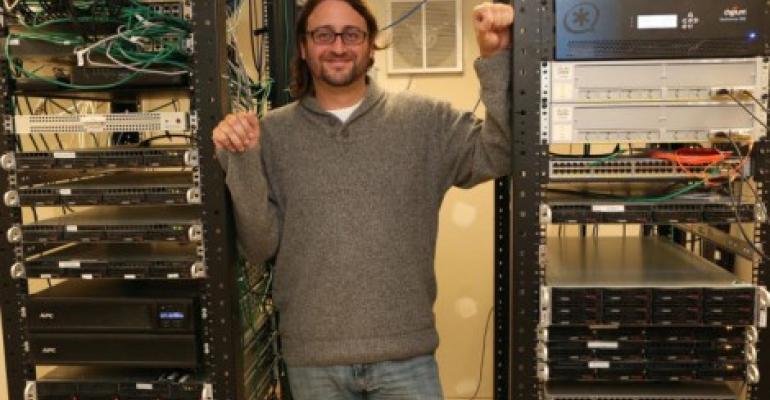 Linode is one of those technology success stories that start with Linux and a dream. The company started in 2003, three years before Amazon Web Services hit the scene, and was 100 percent bootstrapped. Now it’s an international hosting and cloud provider expanding into two new markets: Frankfurt and Singapore. Both were identified as high-growth cloud markets.

The company chose Pacnet for its Singapore data center. That location will be up and running in the next couple of weeks. It is down to a short list of providers for its upcoming Germany data center. That list is a little shorter following the recently announced merger between Interxion and TelecityGroup. The company does have data center space with Telecity in the U.K., but it’s hard to predict who it will choose given its process for selecting data centers.

“Currently we deal with four colo providers in the U.S. and two internationally,” said Tom Asaro, Linode chief operations officer. “Interestingly, we use a different company in each location. We try to find the top provider in each market.”

Linode’s growth has largely been through grassroots and positive word of mouth rather than marketing blitzes. The company focuses on service and technology rather than positioning. Its name usually comes up on “most reliable clouds” lists from the likes of CloudHarmony or on Internet message boards when developers are seeking a high-powered option.

The Singapore location will complement a presence in Tokyo opened in 2011, which Linode said has been extremely successful. The reports and forecasts on cloud adoption in Singapore say the region is due to surpass even the U.S. in the coming years, according to Asaro.

Data privacy laws and a need for certain levels of information needed to be hosted on German soil made a Germany data center location a logical choice for Europe.

The company did not disclose how big its initial deployments are, other than saying they chose to be practical in new locations.

The list of requirements for a provider includes room to grow and a very reliable remote-hands department. There needs to be a certain level of communication, according to Asaro, as Linode doesn’t directly staff many of these locations and needs a solid relationship with the providers.

Part of the reason Linode doesn’t need local in-house staff is the amount of automation built into its platform. All of its tools are written in house, with the exception of Xen, the hypervisor.

Automation benefits Linode because it streamlines operations. While they pride themselves in customer service and answering trouble tickets in a matter of minutes, automation means reduced customer service needs overall.

Linode does a lot of business with the developer crowd, but it’s very much tuned for production. “We take a lot of pride in our build stack, “said Brett Kaplan, operations team lead. “We use some of the fastest CPUs, SSD. Top-of-the-line hardware.”

The company committed $45 million to boosting its infrastructure last year, upgrading to SSD and doubling the amount of RAM in its plans for free. The upgrade followed a significant investment to bolster the network.

With the likes of Google, Amazon, IBM, and Microsoft investing heavily in cloud, Linode has proven that the little guy can grow unimpeded in the space despite questions of commoditization.

In addition to competing with giants like AWS, a comparable competitor is DigitalOcean, a recent entrant also tuned to developers that has seen great success.