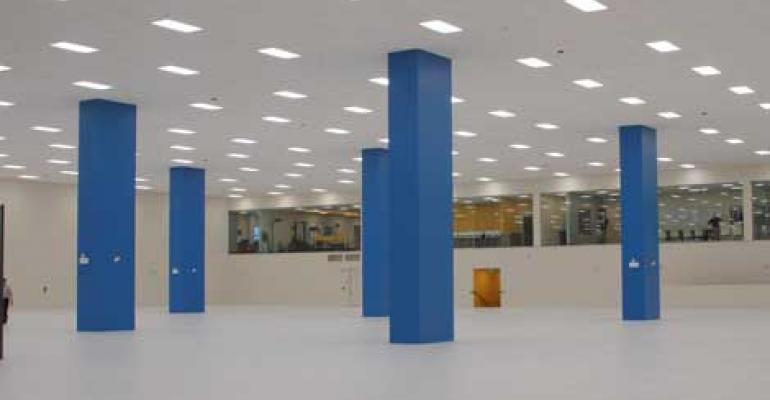 Facility, built using ViaWest's latest-generation design, will nearly triple the size of its footprint in the Hillsboro market

ViaWest is building a third data center in Oregon that will almost triple the size of its colocation footprint in the state. A healthy sales pipeline from both Oregon and California has the company building big.

ViaWest currently has around 50,000 square feet of sellable space in the area. The new facility, when fully built, will add close to 140,000 square feet of colocation space within a 210,000-square-foot building. In addition to being a much larger facility, the Hillsboro, Oregon, data center will feature the company’s latest design refinements for high quality and reliability.

“We build in different generations of data centers, and this data center will be our fourth 'Generation 4' data center,” said Dave Leonard, ViaWest's chief data center officer. The other three are in Las Vegas, Minnesota, and Denver.

In the latest generation, the topology of the electrical system is more fault tolerant and the data center is configured in a way that is much more reliable. The company uses what it calls “Super-CRAH” units, which feature a patent-pending cooling technology it initially invented for the Lone Mountain data center in Las Vegas. “They are tuned to use free cooling, and each is tuned to the market it's in,” said Leonard. Different location means different environment and different tuning.

The units are individually, rather than centrally, controlled, which makes them more reliable,according to Leonard.

Another refinement in ‘Gen 4’ is a phased approach to construction. ViaWest has made it easier to add capacity along the way, as opposed to building the facility all at once.

ViaWest continues to expand under its parent Shaw Communications, which acquired it for $1.2 billion last July as a keystone of its data center business. ViaWest has accelerated its expansion, making a bigger commitment with a much bigger facility in Oregon.

“We’re very confident because the sales pipeline from Oregon and California is huge,” said Leonard.

While ViaWest will employ around twenty people, the area will benefit from the number of jobs that retail colocation facilities indirectly create.

Many out-of-state companies that initially take colocation in Oregon develop a local office or presence to be close to their servers, Leonard explained. The types of customers that use retail colocation are very often high-touch and hands-on, desiring to be close to the servers.

“There’s an indirect pull-through,” he said. “We have quite a few customers that came to the area for colocation and now have substantial presence."

Shaw and ViaWest have been a great fit so far, Leonard said. “We fill such a specific need for Shaw: we expand their growth capability into data [center] market, and they fill a need for us with permanent capital financing to support growth. Culturally, the two companies fit together like hand and glove.”

Oregon’s data center scene is booming, and many businesses in California are interested in Oregon colocation. Oregon has lower taxes, more business-friendly regulations, and relatively low-cost power, as well as much lower earthquake risk than high-risk regions like the San Francisco Bay Area.

As the ViaWest project illustrates, growth has not been deterred by a controversial tax issue. While the state has a very favorable tax structure, a central assessment tax that weighs in brand value is currently being reevaluated by legislators. The tax applies to large telecommunications companies but hasn’t applied to data centers.

However, the uncertainty that it could possibly apply to others is causing some concern among bigger brands and multi-nationals like Amazon and Google. It caused Amazon to temporarily halt construction of its fifth data center in the state until the issue gets resolved.

The Hillsboro area is known as Silicon Forest, due to a high concentration of technology companies. There are massive data centers by Amazon, Google, Facebook, and Apple. Other tech giants, including Intel, HP, IBM, Salesforce, Oracle, and Autodesk, have presence there as well.

Other recent data center projects in Hillsboro include construction by Comcast and T5 Data Centers. T5 is constructing a two-building campus in Hillboro, one of them pre-leased to an undisclosed Fortune 100 company. T5 recently secured $55.5 million in credit for expansion.

There are submarine cable landing stations in six towns along the coast, one of which is Hillsboro, according to TeleGeography. Cables that land there offer direct connectivity to countries in the Asia Pacific region, Alaska, Northern California, and Southern California.