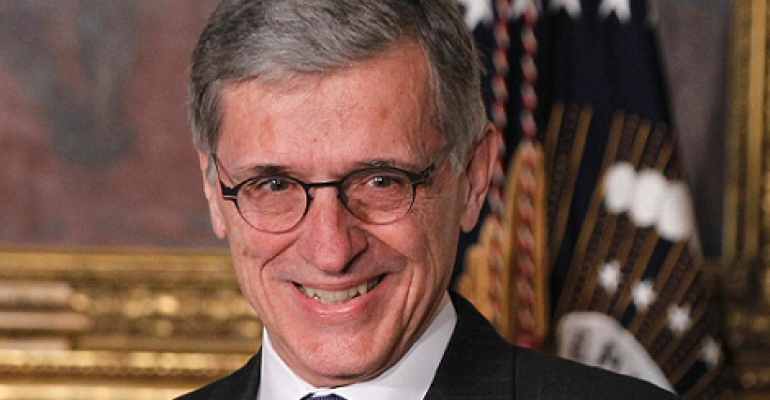 New proposal would make it illegal for Internet Service Providers to block or slow down web traffic, or strike deals with content providers like Amazon, Google or Netflix to have faster delivery.

Federal Communications Commission Chairman Tom Wheeler has detailed a new approach to enforcing net neutrality that will treat Internet Service Providers as common carriers like phone service providers, and that would make it illegal for them to blocking or slowing down web traffic, or strike deals with content providers like Amazon, Google or Netflix to have faster delivery.

Wheeler made the announcement in a formal proposal as well as a blog post for Wiredthat ISPs should fall under Title II of the Telecommunications Act. This would give the FCC authority to implement and enforce open internet protections, and effectively stop providers like AT&T, Verizon, Comcast, Sprint and T-Mobile from favoring certain Internet traffic under most conditions.

Wheeler, a former government lobbyist and telecom industry insider, had previously made a proposal in 2014 that would have allowed a two-tiered internet favoring an internet “fast lane” that would allow ISPs to prioritize certain online traffic. This proposal was largely panned by groups such as the Internet Association, as well as FCC Commissioner Jessica Rosenworcel. US President Barack Obama was also against it, urging the FCC to implement “the strongest possible rules to protect net neutrality” so that telcos and ISPs can’t act as gatekeepers.

Explaining his backtracking on net neutrality, Wheeler writes, “Originally, I believed that the FCC could assure internet openness through a determination of ‘commercial reasonableness’ under Section 706 of the Telecommunications Act of 1996. While a recent court decision seemed to draw a roadmap for using this approach, I became concerned that this relatively new concept might, down the road, be interpreted to mean what is reasonable for commercial interests, not consumers.

“That is why I am proposing that the FCC use its Title II authority to implement and enforce open internet protections.”

The new proposal is expected to be put to a vote at the FCC’s Feb. 26 meeting.

As The Verge points out that a few incidents where ISPs have disregarded the principles of net neutrality such as AT&T, which blocked FaceTime in 2012, and more recently, T-Mobile has by giving some music companies special exemptions from data caps also known as “Zero-rating” or “positive price discrimination”. It would also likely put an end to AT&T’s practice of “sponsored data” which allows brands to subsidize data because it clearly constitutes “paid prioritization”, which will be forbidden under the proposed rules.

Although it’s not certain yet, it’s suspected that the proposed rules could mean that Google, which has been rolling out its broadband internet service Google Fiber in select markets, would be forced to provide the same level of service to individuals across the country as a common carrier.

There are also apparent loopholes. For instance, throttling would be disallowed “on the basis of content, applications, services, or non-harmful devices,” however, ISPs can engage in a “reasonable” amount of “network management” or traffic shaping in order to ensure wireless networks operate efficiently.

Stanford Law School Professor and telecom policy critic Barbara van Schewick said that it’s important to get this legislation right because of what hangs in the balance.

“The key question is: who gets to decide what we do on the internet – is it us the users, or is it the Internet service providers?” she said. “Unless the FCC adopts meaningful net neutrality rules, our whole economy would change: startup innovation would suffer, small businesses for whom the internet has been a haven of opportunity will be shut out of the market, and even the large companies would be hurt.”

To put forth the wrong rules, she said, would be “basically the most disruptive thing you can do to the American economy.”

This article originally appeared at: http://www.thewhir.com/web-hosting-news/new-proposal-fcc-chairman-heralded-victory-net-neutrality