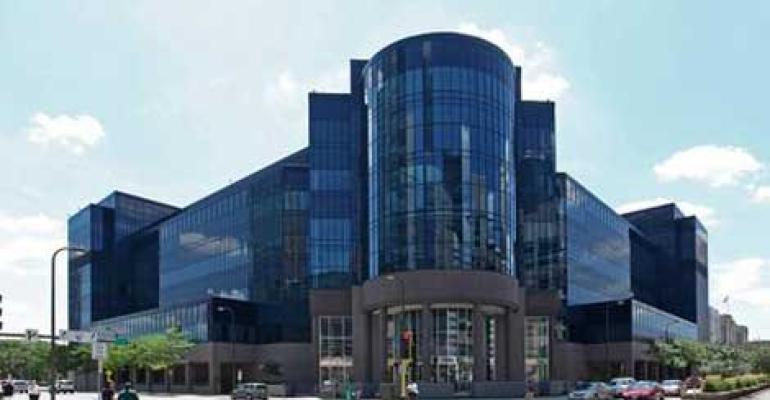 DCI Technology Holdings has bought a large data center in downtown Minneapolis recently vacated by American Express and plans to turn it into a multi-tenant facility, bringing a substantial amount of capacity to the rapidly growing market.

Lots of big corporations have headquarters in the area, and many out-of-region companies look to it as a disaster recovery location. There is demand for data center space in the market, but supply of quality space is relatively low.

That’s according to Tim Huffman, a real estate exec at Colliers International who played a big role in facilitating the $22.4 million transaction. While still a second-tier market, Minneapolis has been growing in importance for the data center industry.

Big corporate office presence is one reason. Target is headquartered there, and so are Best Buy, Cargill, General Mills, 3M, and U.S. Bancorp, to name a few. Others reasons are relatively low-cost power and some of the best tax incentives for data center operators in the country. The corporations in the area “have historically kept their IT footprint in house, mainly because they didn’t have high-quality inventory options,” Huffman said.

The market’s benefits haven’t been lost on data center providers, who have flocked to the area in recent years. DataBank is building a 20 megawatt facility in the market; ViaWest launched a 9 megawatt data center in April of last year; CenturyLink lit up a 1.2 megawatt Compass-built site in May; and Stream Data Centers opened a 7 megawatt site in July.

The former AmEx data center, which has 5.5 megawatts of capacity and 120,000 square feet of raised floor, has the potential to do for Minneapolis what 350 East Cermak did for the Chicago data center market, Huffman said. The Digital Realty-owned carrier hotel in Chicago has become the network interconnection hub of upper Midwest, he explained, which in turn made it one of the most desirable data center markets to be in.

The current primary carrier hotel in the Minneapolis area is the 511 Building, located just a few blocks away from the AmEx facility. The AmEx building has a chance to challenge the 511 Building’s status, however, since the former is a purpose-built data center, while the latter is an “old office building,” Huffman said.

Palo Alto, California-based DCI knows carrier hotels. Until recently, the company was a property manager at the Dallas Infomart, a key southern connectivity hub. It also owns the Tritech Center, another Minneapolis connectivity hub. The company specializes in technology real estate, and its other data center assets are in New Jersey, North Carolina, and Ohio.

AmEx’s lease in the downtown Minneapolis building has expired, but it’s unclear why the credit card giant decided not to renew it. The company did recently build a data center of its own in North Carolina, so vacating the Minneapolis building may have been a consolidation move.

Correction: A previous version of this article erroneously stated that DCI owned the Dallas Infomart. The company did own it at one time, and until recently acted as a property manager, but it is no longer involved with the facility, and the article has been corrected accordingly. Data Center Knowledge regrets the error.