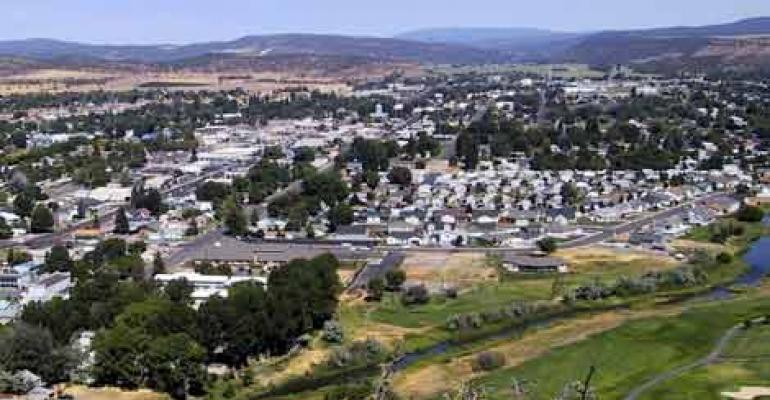 The city of Prineville, Oregon has been a data center magnet. A tax interpretation might be keeping out more big investment by tech giants
Design

Oregon is racing to fix a sort of “brand tax” that might be preventing tech giants from doing more data center construction and other infrastructure expansion there, according to the Oregonian. A provision in Oregon tax law means the state taxes Oregon utilities’ property based on the value of their brand. The amount you pay is based on your brand, and Google and Apple brands are worth quite a bit.

The term for the practice of assessing based on the intangible brand value is dubbed “central assessment.” This tax might be one reason why Oregon hasn’t seen an Apple solar farm in Prineville or Google Fiber in Portland.

These are only two theoretical examples. While Google Fiber “passed over” Portland, Apple hasn’t publicly spoken of a potential solar farm.

The Oregonian is illustrating how important tax code factors into these decisions. It a similar question to what the Seattle Times posed when Microsoft chose Iowa for a big data center investment. Microsoft has a massive data center campus in Quincy, a data center hub of sorts.

Oregon is already a magnet for big data center construction projects. Apple did invest in a data center in Prineville, and Google has spent well over one billion expanding in Oregon. Other big data center investments include Facebook, which went through a tax battle of its own in 2011, and Amazon, which used a modular design to build its data center there.

Another multi-million-dollar tax battle occurred between Comcast and Oregon counties. The five-year battle had the Oregon Supreme Court rule in favor of Oregon counties. According to the Oregonian, the ruling created more uncertainty about what kind of technologies could be taxed, opening the door to interpret similar situations for other technology giants operating data centers there.

However, Apple’s big solar investments have been going to North Carolina. Facebook has invested in wind in Iowa. Amazon’s recent wind power purchase was in Indiana. Google fiber makes many people across the country salivate at the prospect of breaking the monopoly hold many are under in their markets, but Oregon hasn’t really been on the map as a potential market.

The tax is just one potential reason these projects aren’t going to Oregon. Site selection involves a lot of factors – the tax might be more of a nuisance than a barrier. Regardless, lawmakers are trying to fix the law.